One of the keys to successfully reestablishing your credit with a high-risk car loan is picking the right kind of vehicle to finance. In most cases this means choosing an affordable used car.

But according to the latest report from vehicle remarketer Manheim (a company that runs the largest used vehicle marketplace in the United States), used vehicle prices are, year over year, on average, higher than they were in 2014. 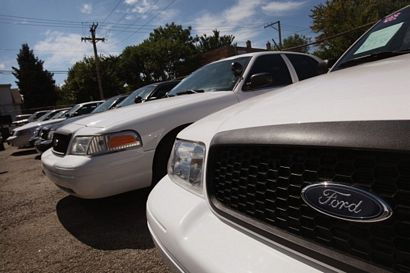 But there was also some good news for used car buyers, especially those with damaged credit, because the report also noted that:

• Compact Car prices were down 5.2 percent in March, compared to the same period last year and again continued to be the weakest segment.

• Midsize Cars remains one of the weaker segments and was also down compared to the same period last year, but saw a much more modest decrease of 1.9 percent.

So although the overall used market saw an increase in prices, both midsize cars and compact car prices are more affordable than they were last year at this time. It's also safe to assume that even though subcompact cars weren't mentioned, their prices have undoubtedly moderated, as well.

Since those three segments are the most affordable, it's probably safe to conclude that the vehicles most bad credit buyers choose are currently more affordable than they were last year at this point in time. In other words, if you have tarnished credit, now is probably a good time to finance a used car.

If we are reading the Manheim report correctly, despite the fact that the used car market is stronger, those vehicles most appropriate to borrowers with poor credit are, at least at this point in the year, more affordable than they were last year. So if you find yourself in this position, now might be a good time to make your move.

One more tip: if you've had credit issues in the past or have been turned down for an auto loan by a traditional lender, we want you to know that Auto Credit Express specializes in helping borrowers with bruised credit find those dealers that can give them their best chances for car loan approvals.

So if you're ready to reestablish your credit, you can begin now by filling out our online car loan application.