As we roll into the summer months, we can all breathe a sigh of relief and know that driving will be safer – at least in reverse. As of May 1 of this year, backup cameras are now a required standard safety features on all US-spec vehicles. 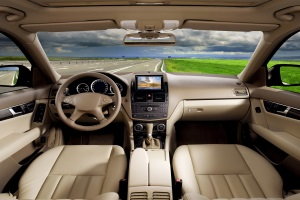 Over 200 people are killed each year from backover crashes, many of them young children, according to reports from the Department of Transportation. These crashes also injure 12,000 annually – numbers far too large for this day and age. The law to make rearview cameras mandatory in vehicles has been a long time coming, sixteen years, in fact.

According to ABCnews.com, that’s when Dr. Greg Gulbransen accidentally backed over his two-year-old son Cameron. Through this truly heartbreaking accident, though, came the Cameron Gulbransen Kids Transportation Safety Act, which was passed by Congress in 2008. The bill asked the National Highway Traffic Safety Administration (NHTSA) to improve a driver’s ability to locate pedestrians, especially behind their cars and to set a standard for it. In 2014, the rule was issued that all vehicles intended for sale in the US come standard with rear camera technology by May 1, 2018.

What Does This Mean for Me?

This means the new safety feature will be included on every make and model manufactured after that date. The law states all backup cameras have to show a 10 by 20 foot zone behind the car. This covers all vehicles under 10,000 pounds. According to the NHTSA, this should be no problem for most modern rearview cameras, because they were already in place on many US vehicles before the mandate went into effect.

Even though this safety feature is now standard in new cars, that doesn’t mean it’s free. For vehicles that already have a center display, the production cost will increase by about $40. For cars that need to be fitted with a screen as well as a camera, the increased cost will total around $140. Even though these costs aren’t very high, you can expect them to be passed on to consumers in the form of rising new vehicle costs.

As more and more technology-driven safety features become standard on new vehicles, you can expect prices to continue to climb. Next in line on the standard safety feature front seems to be automatic emergency braking (AEB). The NHTSA and IIHS have secured auto industry commitments from 20 automakers to make AEB standard by 2022.

As time goes on, even the most basic of cars will be required to come with a number of advanced safety features that typically cost extra these days. At the same time, if you’re longing for a car with some new safety technology, but aren’t sure if your credit will allow it, turn to Auto Credit Express.

We want to connect you with a dealer that has lenders available to work with challenging credit situations. So, if you need a vehicle but have poor credit, just fill out our auto loan request form, and we’ll get to work connecting you with a dealer in your area today!