The latest Vehicle Satisfaction Awards have been handed out by AutoPacific, with at least three vehicles on the list that may be affordable for many borrowers with less than perfect credit.

As we've pointed out many times over the past year, the current boom in car lending has led to an increase in approvals for new car loans to an increasing number of borrowers with less than perfect credit. Because that new car smell also comes with a comprehensive manufacturer new car warranty, despite the fact that new vehicles are more expensive and depreciate faster than used cars, the choice is often a good one.

But even as the quality of new cars gets better, buyers should keep in mind that there is still a difference between the various models. AutoPacific, an automotive marketing and product-consulting firm headquartered in Tustin, California, understands this and, every year, releases their annual Vehicle Satisfaction Awards which, according to the company, "objectively measure owner satisfaction with 50 separate attributes ranging from interior comfort and styling to fuel economy and performance."

It's an interesting study because unlike the better-known report from J.D. Power, the one from AutoPacific goes beyond vehicle quality.

"In many cases, an extremely satisfying vehicle is not the car or truck that has the best absolute build quality or the best safety rating," says George Peterson, president of AutoPacific. "VSAs look at the big picture, which includes owners’ experiences with their vehicle’s quality and safety, but also goes deeper into the heart of the ownership experience."

While the majority of vehicles that made the list are too expensive for credit-challenged buyers (over $18,000), five cars that may be affordable for at least some buyers did make the cut. 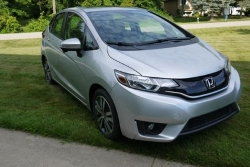 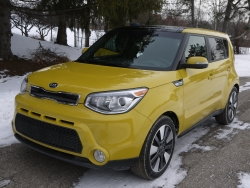 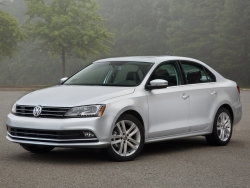 The three vehicles we've chosen from AutoPacific's list are not only winners in their class, they represent affordable values with starting MSRPs of less than $18,000 – a price point that's important to borrowers with credit issues.

Something else that's important: Auto Credit Express helps borrowers with poor credit find those dealers that can offer them their best opportunities for a car loan approval.

So, if you're ready to take the next step to repairing your credit, you can begin by filling out our online car loan application.