Ever since they were introduced, red light safety cameras at intersections have been surrounded by controversy. Many drivers feel that they are invasive and unfair, insisting that citations should only be issued in person. However, others believe that these safety cameras help to deter drivers from running red lights and causing accidents.

Recent data from the Florida Department of Highway Safety and Motor Vehicles (DHSMV) strongly suggests that these cameras do serve an important purpose. While vehicle collisions as a whole have increased statewide, red light related crashes have decreased. And, perhaps not surprisingly, Florida is one of the states in the U.S. that uses red light safety cameras.

Florida's Findings on the Effectiveness of Red Light Safety Cameras 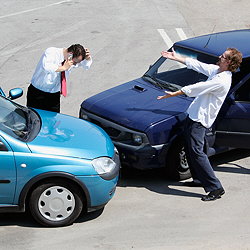 In the fifth annual report on red light safety cameras from the Florida DHSMV, it was revealed that auto accidents increased by 33% from 2012 to 2015. However, incidents tied to light running at red lights monitored by cameras dropped by 3%.

This certainly supports the argument that red light safety cameras are effective. And to strengthen the case even further, the statistics concerning non-motorists are even more compelling. The same study reveals that the number of pedestrian and bicyclist fatalities at red lights went up by 33% nationally. But during this same four year time period, in Florida cities with safety cameras, these types of fatalities dropped by 20%. This marks a huge difference and clearly indicates that red light safety cameras can do a lot to keep intersections safer for everyone.

Here is a breakdown of how safety cameras are having a positive impact on specific municipalities:

So, while many drivers are very much against having safety cameras at intersection stoplights, it's difficult to argue with the data. If this is the type of measure it takes to get motorists to obey traffic lights, then it might be the right solution.

Red light safety cameras are only invasive if you're not obeying traffic laws. And drivers should never run through red lights regardless of whether or not they're being monitored. If you have any doubts about this, take a look at this short video. It highlights some of Florida's worst red light runners of 2016.

Watching these collisions will give you an idea of what can happen if you drive through a red light. Or, even if the light is yellow and you think you can make it, if there is any doubt, waiting is always the best option.

Typically, drivers who run red lights are in a hurry to get where they're going. This is yet another reason to give yourself plenty of time to make it to your destination. Even if you find that you're running late, ignoring a red light shouldn't be your go-to time-saving move.

Sure, most people don't enjoy being tardy, but punctuality is never worth risking your life or someone else's. Make an effort to obey all traffic lights all of the time. This way, you won’t have to worry about possible safety cameras at intersections.

If, however, you feel that you've received an unfair citation as a result of an encounter with a red- light camera, you can visit ViolationInfo.com. Here, you can dispute the citation, pay for a ticket, or get answers to any questions you might have.

If your current car isn't as reliable as it should be, it might be time to upgrade to a newer, safer model. However, if you have bad credit, you may be worried that it will be too difficult to get approved for the financing you need to purchase this newer vehicle.

This is where Auto Credit Express can help. We can match you with a dealership in your area that can give you a better chance at car loan approval. Our process is fast, and our service is free. So, we won't waste your time or your money. Applying with us also comes with no obligations. Go ahead and fill out our simple and secure online application to get started today.