Do Not Trust your Credit Report 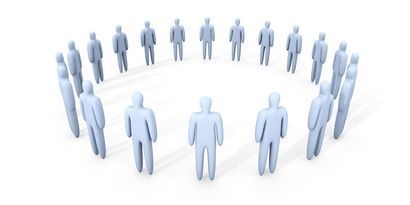 Car buyers with damaged credit don't always understand that getting turned down for an auto loan can sometimes be the result of incorrect information in their credit reports.

Here at Auto Credit Express we know this can happen as we've spent the past twenty years helping consumers with bad credit that are searching for online car loans find those new car dealers that can offer them their best chances for getting a loan approval.

During that time we have seen instances when car shoppers with poor credit get turned down for a loan simply because of mistakes that appeared on their credit reports.

But even now it would seem that there not enough information regarding the percentage of credit reports that contain incorrect entries or other mistakes.

At this point we're aware of at least two studies that have been conducted with the intention of measuring the possible overall number and percentage of credit reports that contain reporting errors.

In 2003, the U.S. PIRG (Public Interest Research Group) conducted a survey based on the feedback from 200 adults in 30 states. The subjects involved in the survey reviewed their own credit reports. Upon its completion PIRG concluded that 25 percent of the reports contained errors "serious enough to result in the denial of credit."

The PIRG report also found that:

While a few credit repair services mention this specific report in sales pitches to prospective clients, its relatively miniscule sample size (only 30 states and just 200 surveys) certainly brings in to question its accuracy.

A second study, this one conducted by the FTC and based on a much larger group of credit reports, was begun in 2004 and is scheduled to be completed by 2014 that promises to give us a much better picture of the issue.

But even without any additional information, there is still some evidence that a large number of credit reporting errors exists here in the U.S.

This means that 84 percent of the time these people disputed what they thought was a credit report error, they were proven to be right and the incorrect information was subsequently removed from their credit files by the credit bureaus, themselves.

It also follows that removal of these negative items should result in better credit scores since, according to FICO, 35 percent of their score is based upon an individual's previous credit performance.

Although they're certainly taken into consideration, most high-risk lenders tend to look past FICO scores and base their credit decisions on an applicant's credit habits. This is done by studying the information contained in their credit reports. But if that information is incorrect when it's tied to a poor credit score it could result in a denial of credit for a car loan.

All car buyers - but especially those with credit issues - should first check their credit reports for potential errors well before submitting an application for a loan.

But for those consumers whose FICO scores are still low, we want them to know that Auto Credit Express matches people that have experienced difficulties with their auto credit with new car dealers that can offer them their best chances for approved car loans.

So if you're ready to reestablish your car credit, you can begin now by filling out our online car loan application.

FTC Report Shows Your Credit Scores Could Be Wrong

Are There Mistakes on My Credit Report?

Removing a Bankruptcy from Your Credit Reports

What are the Credit Bureaus and What Do They Do?

Is it Free to Repair Your Credit Alone?

How to Get a Redeemed Repossession off Your Credit Report

Is a Credit Repair Service Worth it?

Can You Remove a Repossession from Your Credit Report?