Insurance marketplace EverQuote released the results of their 2017 Safe Driving Report. It shows that too many drivers are speeding and using their cell phones while driving.

The 2017 Safe Driving Report from EverQuote

EverQuote, a leading online insurance marketplace, released the results of their 2017 Safe Driving Report earlier this month. The report analyzed driving data from more than 2.7 million vehicle trips across 230 million miles driven. The data was collected between April 6, 2016 and March 6, 2017.

To retrieve the information, EverQuote used their EverDrive phone app that uses cell phone technology to measure and rank driving behavior. Here are the behaviors they looked at closely: 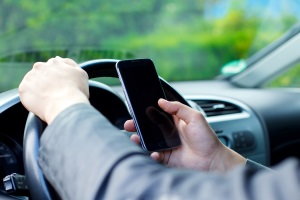 EverQuote then ranked drivers on a 0-100-point scale based on those factors. Higher scores on the scale indicate safer driving habits.

The Results of the Study

Here is how drivers ranked on the 100-point scale on average in each of those categories.

Speeding and cell phone use are the two biggest areas of concern per the studies results. According to the 2017 Safe Driving Report, 92% of American drivers use their phone when behind the wheel.

Additionally, drivers in the U.S. received an average safe driving score of 79 out of 100. If this were a classroom and these were test scores, this means, on average, American drivers are "C" students when it comes to safe driving.

Let's take a look at some of the other troubling findings from EverQuote's report.

The results of EverQuote's report are troubling and eye-opening. We all need to step up to make the roads safer. Do yourself, your passengers, and everyone else on the road a favor and practice safer driving habits. Start by cutting out the speeding and putting your phone down.

Additionally, if you really want to be a safe driver, you need a car you can count on. If your vehicle's time is up and you need to get financed, Auto Credit Express knows how to help people dealing with less than perfect credit.

Our fast and free service connects car buyers with good, bad or no credit to local car dealerships that are trained in special finance. They have the resources and know-how to get you financed even if your credit situation isn't ideal.

How To Be a Safe Driver

Ford's New App May Help You Save Money on Car Insurance