Car shoppers with poor credit needing an auto loan are more likely to be financing one of the over 200,000 used cars on the road today that were branded as flood damaged by a state DMV 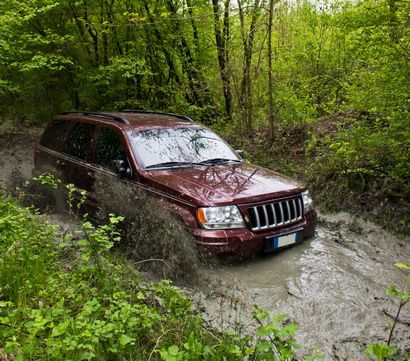 It has been shown that car buyers with questionable credit are especially susceptible to being sold a used car with that has suffered water damage of some kind.

Here at Auto Credit Express we're aware of this situation because for over two decades we've been helping consumers with bad credit searching for online car loans locate the right kind of dealers that can furnish them with their best chances for car loan approvals.

When it comes time to finance a vehicle, most people with credit issues will choose a used car. For one, used cars are typically more affordable than new cars (according to Consumer Reports, new cars can lose up to 47 percent of their value during the first three years of ownership).  Secondly, plus the high quality of modern vehicles also makes buying used a smart choice.

But buying used also carries some risk that a particular vehicle isn't what the seller states it is. In fact, one Experian Automotive study revealed that "more than 2 percent of the late-model used vehicles (model year 2005 and newer) had a negative vehicle history event (frame damage, salvage, odometer rollback, etc.), which can significantly impact the vehicle's value."

The report also noted that buyers with damaged credit are even more at risk noting that "more than 3 percent of financing outside of prime had negative vehicle history."

Since this "negative vehicle history" includes flood damage, buyers need to be especially cautious. According to research from Carfax, "more than 212,000 cars that were branded as flood damage by a state Department of Motor Vehicles (DMV) are on U.S. roads right now."

"Our research proves that flood damaged cars are everywhere," said Larry Gamache, communications director at Carfax. "It's big business for professional con men to quickly clean up and resell these cars miles from where the flooding occurred. Consumers need to look out for flooded cars no matter where they live. They're a serious danger to anyone who unknowingly buys one."

Carfax narrows it down

Although vehicles of this type can show up in any state, according to the Carfax report a disproportionate amount are showing up in just a few states:

"Flood cars are a volatile mixture of water, metal and electricity," continued Gamache. "Once a car is ravaged by water, the mechanical, electrical or safety systems can fail at any time. There's also the health risk, as mold and bacteria permeate the vents and soft parts of the interior. Know what you're putting you and your family into before laying down your hard-earned money. Start with a Carfax Vehicle History Report and thorough inspection by a trusted mechanic."

What buyers can do

Although nothing can take the place of an actual physical inspection by either a company that specializes in this procedure or a certified master mechanic as well as a frame specialist, car buyers can begin the process of narrowing it down without having to spend this kind of money. Carfax puts it this way:

Historically, about half of the cars damaged by floods get resold, some to unsuspecting buyers. As a service to consumers, Carfax lets you check for flood damage free of charge at flood.carfax.com.

Credit-challenged consumers are far more likely to finance a vehicle with hidden damage than buyers with good credit. Checking a vehicle for flood damage at the Carfax web site as a first step can help prevent this from happening.

Another helpful tip: Auto Credit Express where we match people that have experienced difficulties with their auto credit with new car dealers that can offer them their best chances for approved car loans.

So if you're ready to reestablish your car credit, you can begin now by filling out our online car loan application.