A year ago, Jim made the decision to file for Chapter 7 Bankruptcy. During the process, he chose to reaffirm his auto loan. His original loan was taken out a year prior to the Bankruptcy proceedings, when his credit wasn't great. While he was relieved that he was able to keep his car, he knew that he wanted to do something about that high interest rate on the loan after he got the discharge from the court.

In the time between his 341 hearing and receiving his discharge papers, Jim got a better paying job. He and his family were thrilled, as it seemed like things were on the up and up. Once he had his discharge papers in hand, he decided to put his plan to refinance into action. 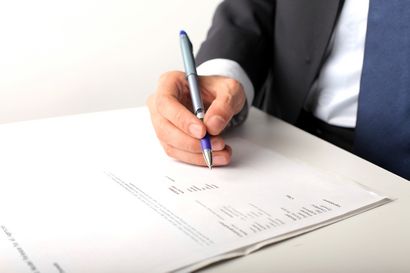 Unfortunately, Jim tried to refinance too soon. Because it had only been two months since it had been discharged, he was unable to find a bank that would approve him, and even our team here wasn't able to help him find a dealer that could get him the interest rate he wanted.

There were two reasons his plan to refinance wasn't coming together as he had hoped: First of all, not enough time had passed since the discharge date for him to reestablish his credit. Secondly, he had not yet put in enough time at the new job. If his new job had been in the same field, this wouldn't have been a problem, but he was starting in a completely new line of work. Jim was surprised by this, as he thought that his improved income would outweigh his past credit issues. The fact that the time spent at his new job was an issue was also unexpected.

Jim was discouraged by these events, but we told him that all was not lost. We told him that he should consider opening some secured credit card accounts in order to rebuild his credit. With a better established credit and job history, he would have an improved chance of getting approved for the lower rate he was looking for.

After Jim followed our suggestions, we were able to find him the special finance program that had the rate that met his needs. Not only was he able to get a lower rate, but he was able to actually increase the amount he was paying towards his vehicle thanks to his higher income.

Slow and Steady Wins the Race

Now, Jim is back on track because he spent the year after his discharge working on reestablishing his credit. Because of his efforts, a payment plan that at one time would have taken three more years for him to pay will now be paid off in two.

We understand that not everyone's fortunes turn around as quickly as Jim's, but we know that there are ways for us to help you. If you need to seek out a less expensive loan program, or are in need of a new vehicle altogether because you lost yours in your Bankruptcy, fill out our easy and free online application. We will make sure that you get the help you need.