It's a wonderful time of the year, and a potentially dangerous time of the year. Many people are spending more time on the road and engaged in festivities. Unfortunately, these are two things that often don't go very well together. 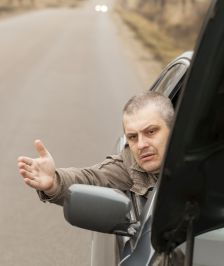 The National Safety Council (NSC) has recently released its traffic fatality estimates for the holiday periods (December 24th-the 28th and December 31st-January 4th). The NSC estimates 366 deaths and another 39,200 injuries due to car crashes during the first period, and 421 deaths alongside 45,000 injuries occurring during the second.

Luckily, this is just a projected reality, and there is still time to take precautions to ensure that our actual holiday reality is a safer, happier one.

Ideally, every individual who participates in holiday parties would make a deliberate choice to not drive while under the influence of drugs or alcohol. To make this decision easier to make, many state safety departments are launching awareness programs and sobriety incentives this year. And the National Highway Traffic Safety Administration (NHTSA) has launched its annual anti-drunk driving campaign, along with the new SafeRide mobile app.

Other Ways to Stay Holiday Safe

Staying sober on the roads isn't all that is needed to avoid unnecessary injuries while traveling. There are other important measures that should be taken.

Is your Car Road Ready?

If you're planning to travel far this holiday season, and your car isn't as reliable as you would like it to be, maybe you should upgrade to something a little newer. Here at Auto Credit Express, we can get you the financing that you need to make that possible, regardless of what your credit looks like.

Just fill out our fast and secure application to get started on a safer New Year today.