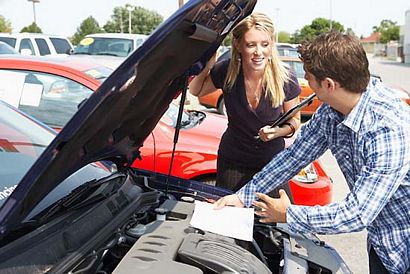 One of the keys to successfully rehabilitating your credit with a subprime car loan is picking a vehicle that's affordable. Taking it one step further, it should also be a car that's dependable as well as a vehicle you can live with that meets your needs.

Recently, Consumers Reports published a list of what it calls “The disappointing dozen: Cars that fail to measure up.” Based on Consumer Reports' testing, they represent twelve vehicles with the poorest test scores.

Taking into consideration the higher interest rates and monthly payments associated with subprime auto loans, we whittled the list down to those vehicles with a starting MSRP of $18,000 or less, which left us with the 6 most affordable vehicles Consumer Reports suggests buyers avoid.

Here are the cars, listed from bad to worse (based on CR's 100-point scale), that buyers should avoid:

Although it noted that the Patriot has a compliant ride and simple controls, Consumer Reports felt that its handling lacked agility. It also had a narrow cabin, wide center console, low-rent interior and small windows and a small cargo area. While its reliability has been average, with everything else it scored too low for CR to recommend it.

Consumer Reports describes the Versa sedan as unimpressive, noting that the interior was both noisy and cheap-looking. And while its handling is secure with a compliant ride, it not only lacks agility, the ride is jumpy. In addition, its fuel economy may be very good at 32 mpg overall, but it scored a Poor in the IIHS small-overlap crash test and received low scores in CR's owner satisfaction survey.

The high points of the Fiat 500 include agile handling and an engine that loves to rev. On the other hand, a choppy ride, noisy cabin, poor acceleration, tight rear seat and cargo area and poor IIHS small-overlap crash-test results mean this retro-styled small car scored too low for Consumer Reports to recommend.

Consumer Reports found that the Yaris has a choppy ride, awkward driving position and uncomfortable front seats. It also noted that, despite a recent refresh, it remains a barebones car with slow acceleration that lacks handling agility.

CR observes that while its low price and list of standard features might appeal to buyers looking for a lot of bang for the buck, the Chevrolet Spark is slow and noisy. They also felt it had an uncomfortable ride, poor acceleration, a plain interior and only mediocre fuel economy (31 mpg overall) for such a small car.

Although the Mitsubishi Mirage has good fuel economy (37 mpg overall), a long list of standard features, and an affordable sticker price, Consumer Reports found it to be both slow and noisy. It also scored a Poor in the IIHS small-overlap crash test.

According to Consumer Reports, credit-challenged buyers would be doing themselves a favor by avoiding these six vehicles. Despite their affordable prices, their faults include noisy cabins, slow acceleration, poor ride quality and unacceptable scores on the IIHS small-overlap crash tests.

One thing borrowers with poor credit shouldn't avoid: improving their credit by applying for a car loan through Auto Credit Express.

So if you find yourself in this position and you're ready to establish your auto credit, you can begin the process now by filling out our online car loan application.