Thanksgiving is a time to be thankful for your friends, family and health, but why not throw a little extra in there and be thankful that gas prices are on a decline! 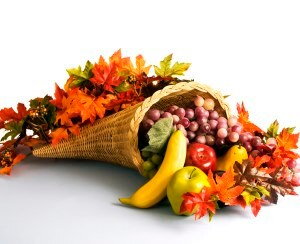 If you're heading over to your in-laws for turkey dinner and family games you may be surprised at just how long it takes you to get there for the holiday. Experts say that gas prices are going down for travelers, which means that the traffic will most likely be heavily congested.

According to AAA, gas prices are down 21 cents from where they were this time last year, which means people are more apt to travel because they don't have to worry about the cost of filling up their tank. Jim Bak, director of community relations from INRIX stated that "Over the last couple of months, we saw things tail off a little bit. So we expect holiday congestion to be up about 3% over last year. If gas prices weren't as low as they are, things probably would have been flat compared to last year. With the low gas prices, people have more incentive to travel."

According to GasBuddy.com the United States national average gas price is the lowest it has been since 2010 coming in at around $3.24 a gallon. We have seen the price drop over the last few months, and according to GasBuddy's Chief Oil Analyst, Tom Kloza, they are just going to keep dropping for the next few weeks. This is all due to the main U.S. oil production plant in Houston, TX exceeding their goals. The amount of oil being produced in the United States is at the highest levels it has been at since 1989 and we are now supplying it to the world.

The other thing that is helping the gas prices to drop is the change of weather. It actually costs more to make a warm weather blend of oil and gas for the summer and spring months than it does to make the blend for the fall and winter months. This is helping lower the costs of the production company, and therefore, lowering our costs as consumers.

When to Hit the Road - Safely

If you're taking a small family road trip with the kids to see extended relatives for the holidays, you don't want to get stuck in the heaviest amount of traffic. Experts are saying the busiest travel day is Wednesday, before Thanksgiving, believe it or not. If you get on the road any earlier than 3pm or any later than 6pm you should avoid most of the traffic, but between the hours of 3-6 is when you're most likely to sit in a parking lot on the highway.

The National Safety Council has estimated that 436 people will be involved in a fatal car accident during the traveling season of Wednesday, November 27 and Sunday, December 1. Don't be a statistic this holiday season. Not only should you be practicing all of the safe driving tips you've learned throughout your life, but you should also be practicing defensive driving. Being aware of your surroundings and the other drivers on the road could potentially save your life, as well as the lives of others. Remember the basics:

We know you're in a hurry to get the wishbone and clear the mashed potato bowl, but risking your life isn't worth it. Not to mention, you're just going to feel stuffed after you eat all that food, anyway!

Thanksgiving is a day to say thanks for everything and everyone in your life – while you and your loved ones are surrounding the table and that big juicy turkey, don't forget to say a little thanks for the cheap gas prices that are headed our way. We could all use the extra money in our pockets any way we can get it.

If you don't have a vehicle yet for your holiday travels or you aren't sure yours will make it that far, Auto Credit Express can help. We can get you into a dealership that will be able to put you in a car in just a matter of a day or two. There is no need to stress about finding financing or your credit score because all of our lenders are certified to offer special financing auto loans to consumers with good, bad, or terrible credit scores. Apply online today to get started.