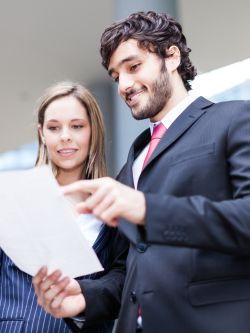 It's important that consumers, especially those with bad credit, know their credit score (at least one and preferably all three, one from each credit reporting agency or CRA) as well as the information contained in each of their credit reports.

Federal law states that the three largest CRAs must furnish each consumer with a free credit report every twelve months if the consumer requests it. But unfortunately, the same can't be said for credit scores.

So despite the fact that borrowers can, at no charge, see the information in their credit reports, they typically have to pay for the most important three-digit number in their lives.

We say "typically", because a number of independent financial sites – such as Credit Karma – as well as more and more lenders are offering to furnish a credit score to account holders at no charge.

The most lender offering such a program is Ally Financial which, up until General Motors sold a majority in it just before filing bankruptcy, was known as General Motors Acceptance Corporation (GMAC).

Earlier this month, Ally announced that it would begin offering its auto finance customers free access to their FICO Score. According to the lender, the rollout will begin with a pilot program that will launch in February of 2015 to a limited number of account holders. By the summer of 2015 it will be available to all of Ally's auto loan customers.

It's important that borrowers, especially those that have experienced credit issues, to know the information contained in their credit reports as well as at least one credit score. But while at least one credit report from each CRA per year is free, it's also nice to know that lenders such as Ally Financial are beginning to furnish the all-important FICO score to their customers at no charge.

Keep Yourself in the Know on FICO

How to Check Your Credit Score for Free

Becoming an Authorized User during a Bad Credit Auto Loan