Like many Americans, you may be wondering just what in the world is going on at the gas pump, the grocery store, and the car lot – all places where inflation has been evident. Right now we're seeing a 40-year high inflation rate that's really hitting Americans in the pocketbook. The Fed is raising interest rates to help deflate this situation, but how might this affect you in 2022? Let's take a look at how this may affect auto loans and car interest rates.

The Federal Reserve has increased interest rates six times in 2022 so far. The goal is to slow the economy without causing a recession. Here is what the increases have looked like thus far:

Why Did Interest Rates Go Up?

Interest rate increases help battle inflation by slowing spending. When it's more expensive to borrow money, consumers and businesses slow investments. This drop in demand helps to slow the economy, and lower prices follow. It could also help ease the supply chain issues that are helping keep prices high.

When the Federal benchmark rate goes up, it means the rate at which banks lend each other money goes up and everyone will see an increase in the interest rate they pay on things like mortgages and auto loans. Borrowers could immediately begin to see these increases when they're applying for consumer loans. 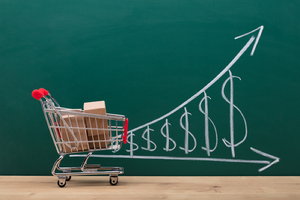 According to CNBC, Federal Reserve Chairman Jerome Powell said in a press briefing that “We at the Fed understand the hardship that high inflation is causing. We’re strongly committed to bringing inflation back down and we’re moving expeditiously to do so.”

The CPI is a measure of the change in prices over time. It measures how much consumers spend on average for a number of goods and services like food, energy, and gas. Per the U.S. Bureau of Labor Statistics, the CPI rose by 9.1% through June, a 1.3% increase from May.

To you, this means you see prices going up on everyday items like gas, groceries, and rent, and you see them going up quickly. Demand for these items is up impacted by a tightening supply chain, and world events. But prices stay high when people are willing to pay them.

Will An Interest Rate Hike Affect You?

The 2022 interest rate increases are likely to impact consumers when it comes to auto loans, but how much this change is truly felt in the automotive market is yet to be seen. If you're already paying a high-interest rate, you may not feel the pinch as much as others. And, the impact may take a little time to be felt. 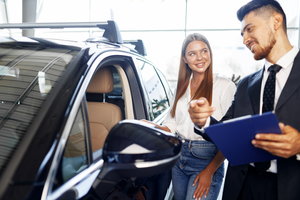 For car buyers, this means being diligent about shopping for the best deals. Make sure you know where your credit stands, and what types of interest rates you're likely to qualify for. Remember, with tight inventory also comes higher prices, so you may have to shop at several dealers to find the best offer for your situation.

If you keep your search to a two-week window, called rate shopping, all the inquiries you make for the same type of loan only count against your credit score once, instead of having multiple credit pulls hit your reports over time. As a result, your credit score may not go down much if you manage to time things right.

How High Will Interest Rates Go?

After this latest round of interest rate increases, the Federal Reserve is set to meet again on November 1 and 2. How much of an increase they make then will depend on how the economy continues to respond, or not, to current increases and other longer-term factors. With the inflation rate rising faster than ever before, the pressure is on for the Federal Reserve to do something to curb it without sending the U.S. economy into recession. 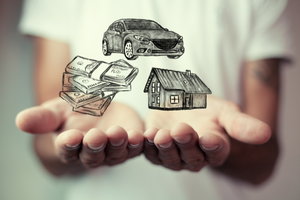 As the Fed increases in interest rates begin to impact the market, we'll know more about the direct impact on car buyers, and we'll keep you posted on how the rising federal interest rate could impact you. Look for the latest updates and numbers here when they become available.

The Smart Way to Buy a Car after Christmas

Why Driving is Better than Flying