Why Is There A Chip Shortage For Cars?

If you're having trouble finding a car right now, you're not alone. There are fewer cars available, stemming from the ongoing chip shortage, and it may impact car buying for quite a while.

The Chip Shortage in Brief

Factories that produce semiconductor microchips take months to be retooled in order to make a specific kind of chip. The lines that were making automotive chips were retooled early on in the pandemic to meet the demand for home computers, game systems, and televisions, as people came under stay-at-home orders.

When it became clear that vehicle sales weren't going to be slowed by the pandemic, automakers once again ordered chips but found themselves at the back of a growing queue. The inventory shortages we're seeing now are the result. A lack of new cars caused shoppers to buy more preowned cars, creating a used car shortage.

According to a recent insight from Edmunds, there are 77% fewer new cars on dealership lots compared to 2019.

What Does This Mean for You? 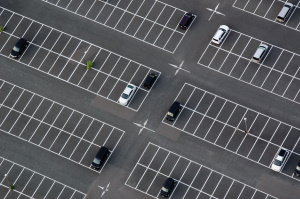 As a car buyer, this means there is less overall stock to choose from. This is causing trouble all along the credit spectrum for automotive shoppers – from luxury new car buyers all the way down to the less traditional special finance used car shoppers.

When demand is high, like it is now, dealers and manufacturers don't have to discount vehicles to make them move. In fact, prices start to go up. According to Edmunds, new vehicles are now selling at an average of $513 more than sticker price. That's a big swing since pre-pandemic when the average new car sold for over $2,000 less than sticker.

As a shopper, many automakers are recommending you pre-order your new cars to get the vehicle you want. When you go this route, you're going to end up waiting a few months to get your hands on the car, but you're guaranteed to get what you want within reason – some newer models may be missing features and improvements due to a lack of microchips.

Not Shopping for a New Car?

Maybe you're not worried about the chip shortage, since you're not shopping for a new car right now. Unfortunately, the lack of microchips is impacting your car shopping experience, too. Some shoppers who would be buying new have opted not to wait, and are scooping up the deals on cars that are on the lots. In some cases, would-be new car shoppers are buying used, biting into the certified pre-owned stock, and forcing those consumers to look further down the line, too.

If you're not sure where this leaves you as a bad credit consumer, we want to help. Auto Credit Express has partnered with special finance dealerships all across the country that have lenders available to help bad credit borrowers find the financing they need. To get matched to a dealership near you, simply fill out our fast, free auto loan request form.

Why Are There Fewer Deals On Cars?

Why Are Dealers Marking-Up Cars?

Used Car Values Up: Why it Matters to Bad Credit Borrowers

Selling a Leased Car for Profit

Need a Down Payment? Trade-In Your Vehicle

Should I Buy a Used Car Out of State?