Memorial Day weekend is historically one of the best times consumers can get great deals on new cars. Nearly every automaker will be offering deals over the holiday weekend, usually in the form of low APR financing, cash back incentives and special leasing offers. Additionally, many manufacturers honor military service men and women by offering additional military discounts. Consumers, even those with damaged credit, could score an offer worth up to thousands of dollars off of a new car. 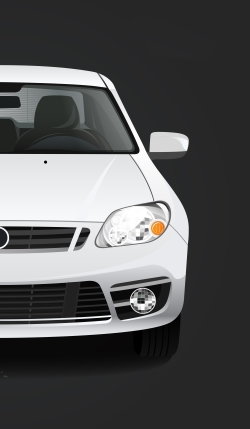 A favorite topic of discussion for car deal seekers is when the best time to buy a car is. While this ongoing debate has never been "solved" or universally agreed upon, most in the know agree that Memorial Day weekend happens to be a great weekend for new car buying.

While it may not be the best time for used car shopping, Memorial Day weekend is historically one of the strongest new car sales weekends of the year. There are several reasons why:

Memorial Day weekend car sales are a cornerstone of the car shopping calendar, with many of the major automakers offering up sizable military discounts, low APR offers, lease deals, and cash back incentives. Consumers could save some serious cash if they shop wisely in the days and weekends surrounding the holiday.

Many more automakers are offering their own discounts, so ask your dealer about theirs.

Credit-challenged consumers may be able to qualify for many these great new car deals this Memorial Day. Even people operating on a tight budget should be able to comfortably afford several of the cars listed above, especially after discounts are factored in.

Many automakers also honor active duty, veteran, and retired U.S. service men and women with a slew of special military discounts around Memorial Day weekend. Oftentimes, the deals are available to their spouses as well.

Here are a few of the top Memorial Day military discounts available in 2016:

Again, many other manufacturers have discounts of their own, so make sure to ask your dealer about theirs.

Whether you are an eligible military member or not, there are plenty of terriffic deals to be had on new vehicles around Memorial Day weekend. Consumers can not only score a great deal, but also take advantage of the many perks of buying a new car, such as warranty coverage.

If you have less than perfect credit and don't think you can get approved for an auto loan, think again. Auto Credit Express helps thousands of people every year in all kinds of credit situations find auto financing - and you could be next. To get started, all you need to do is complete our free and easy online application.

Get your free credit score now, and get a copy of your most recent credit report!

Get Your Free Score
Vehicle Warranty

What Should I Know Before Trading In My Car?

Should I Wait to Get a Car Loan After Bankruptcy?

When to Get a Cosigner for a Car Loan

Buying a Car for the First Time: Help for New Borrowers

How Does My Loan Term Affect My Car Payment?