Cheaper Used Cars on the Way 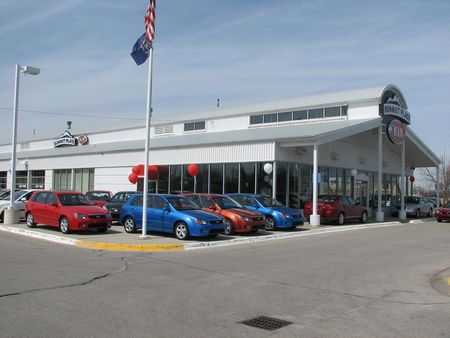 At Auto Credit Express we realize that most borrowers with bad credit will end up financing a used car. This isn't necessarily a bad thing because today's used cars, because they're of higher quality, will last longer than ever before. The good news is that for these consumers with credit issues, it now looks like it might be a good time to begin the buying process.

That's because analysts from ALG, a division of TrueCar, say that "a wave of newer vehicles has started to flood the secondhand market and will gradually bring resale values in line with what they were before 2008's economic downturn."

Prices According to ALG

According to the ALG report:

Due to historically poor sales years from 2008-2012, as well as 2009's "Cash for Clunkers" program that took nearly 700,000 vehicles off U.S. roads, used-vehicle supplies have been limited. However, ALG estimates that June 2014 marked the lowest number of used vehicles available for sale (which also translated to the highest prices) and that the trend is shifting.

Putting it into hard numbers, ALG forecasts that by 2017 the average new vehicle will retain 49.4 percent of its value after three years, as opposed to the average 54.6 percent retention value through June 2014. That same growing supply of used cars should return the industry to a 46 percent 3-year average residual value by 2019 – the same percentage that it was prior to 2008.

What Problem Credit Buyers Should Do

While this is good news for used car buyers with credit issues, people shopping for auto loans with problem credit still need to keep a couple things in mind:

Taking ALG's report into consideration, applicants with credit issues can increase their chances of an approval by:

With used car prices projected to drop over the coming months, now might be a good time to consider applying for a car loan.

So if you're ready to take the next step, you can begin by filling out our online car loan application.