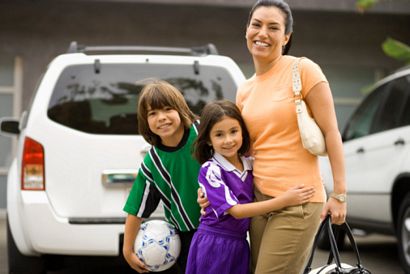 Here at Auto Credit Express we continue to be somewhat surprised by the fact that quite a few consumers with bad credit still don't understand why the credit scores used by car dealers often aren't the same as the ones they've seen or paid for.

With FICO recently announcing a new scoring model and improvements that should lessen the difference between the credit scores from the three biggest credit reporting agencies (CRA's – more commonly called credit bureaus), it's time to talk again about the reasons consumers will typically receive a different credit score from each CRA when they pull their credit before pre-qualifying for an auto loan

What FICO Has To Say

In an article that appeared on the FICO (originally known as Fair, Isaac and Company - the company responsible for the development of the FICO score) website not long ago, Joanne Gasking, product management director for Scores, had this to say, "If there is a score difference across bureaus for a given consumer, then that score difference is 85-90% driven by data differences in the underlying credit."

Data differences can include:

Discrepancies can be caused by:

Last week, FICO announced a new credit scoring formula, FICO Score 9, which will be available to lenders this fall, which promises to make consumer's credit scores from all three credit bureaus more consistent. According to FICO:

Both discrepancies and differences in data can cause consumer's credit scores to differ from credit bureau to credit bureau. According to FICO, FICO Score 9 should make the credit scores among bureaus more consistent, which in turn should remove some of the guessing game about what you'll pay for an auto loan with bad credit

Something else that's consistent: at Auto Credit Express we'd like borrowers with car credit issues to know that we can match them with those new car dealers that can offer them their best opportunities for approved car loans.

So if you're ready to establish your auto credit, you can begin now by filling out our online car loan application.

Why Your Credit Scores May Differ

Why your Credit Scores are Different

Get Auto Loans for People with Fair Credit

The Credit Scores Needed to Lease a Car

Comparing FICO Credit Scores to Others