For the first time ever, Kia Motors tops the latest J.D. Power reliability study, which ranks automakers as reliable based on the number of issues owners had within the first three years of ownership. The fewer problems reported, the higher the manufacturer ranks. Kia came in third last year.

Kia Motors wasn't known for its reliability or safety when it first joined the U.S. automotive market in the mid-1990s. A few years and a merger with Hyundai later, the car brand has now become a household name.

Kia has been steadily climbing up the reliability charts over the past two decades. David Amodeo, director of global automotive at J.D, Power told Automotive News "[Kia has] a relentless drive and a relentless focus on quality, dependability, and making sure the vehicles hold up over a longer period of time. This certainly wasn't an area in the past where they were as strong." 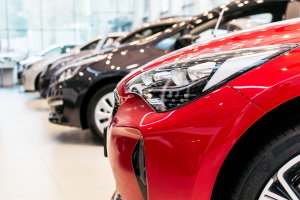 Korean automakers like Kia took three of the top four spots on the reliability list: Kia came in first with 145 problems per 100 vehicles, Hyundai was third with 148, and Genesis was fourth, with 155. U.S. automaker Buick came in second, with 147.

Some affordable vehicles that rank high in reliability include the Kia Soul, Buick Encore, and Hyundai Sonata.

The Buick Encore ranked #1 in the Small SUV category. You can get a new 2022 Buick Encore for a suggested MSRP of $25,195. This is on the more affordable side of things as far as new cars go now. Used models range in price depending on the year, a 2019 Encore may go for as low as $19,477, according to CarsDirect used car listings.

The study revealed that mass market cars experience fewer problems per 100 vehicles than premium ones, due to increased mass market build quality in recent years. Luxury vehicles also may include more tech which is prone to issues.

Buying a reliable vehicle is important, and this study helps to show which cars, trucks, and SUVs may be more reliable than others. This is especially important if you're struggling with bad credit or credit issues and can't afford to sink a large amount of money into a vehicle every few years.

In this case, buying a reliable, affordable car can be a winning combination. Reliability means having a vehicle that may encounter fewer issues as time goes on, and may mean a higher resale value when the time comes to purchase again.

If you're ready to find your next vehicle, don't search for a lender on your own, let Auto Credit Express get you started! We have your path toward a dealership that works with subprime lenders to help people in many different credit situations. Get started today!

Average Age of Vehicles On the Road Rising