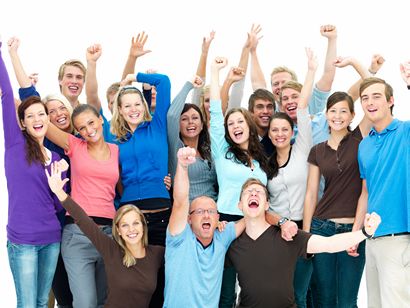 Here at Auto Credit Express we realize that, once their application is approved, most car buyers with bad credit will end up financing a used car. This isn't necessarily a bad thing because, taken as a whole, today's vehicles are built better and will last longer than ever before.

Because high-risk car loans come with higher than average interest rates, we also recommend that buyers with low credit scores consider an affordable compact or midsize sedan. We also believe anyone considering a used car should first order a vehicle history (with a report from a company such as Carfax) then, if it's clean, have the vehicle inspected by both an ASE certified master mechanic as well as a body and frame specialist.

But the "to-do" list shouldn't end there, and we were reminded of this earlier today in a press release from the Insurance Institute for Highway Safety (IIHS).

The IIHS, which rates new vehicles for crashworthiness, noted that "Many teenagers are driving vehicles that don't offer good crash protection and lack important safety technology."

In a national phone survey of parents that it conducted, the IIHS found that 83 percent of vehicles purchased for teen drivers were used, also pointing out that "for many families, a 2014 Top Safety Pick or Top Safety Pick+ isn't in the budget."

With that reality in mind, the Institute has compiled a list of affordable used vehicles that meet important safety criteria for teen drivers (see below). There are two tiers of recommended vehicles with options at various price points, ranging from less than $5,000 to nearly $20,000, so parents can buy the most safety for their money, whatever their budget.

Since most people with bad credit buying cars are looking in the same price range, here at Auto Credit Express we thought this would be an ideal list for these buyers as well as the teenage drivers in their households.

We had to slice and dice things a bit (some of the vehicles turned out to be too pricey for their age), but the list follows the rules the IIHS set up including:

Recommended used vehicles for teens starting under $20,000 (good ratings in the IIHS moderate overlap front, side, roof strength and head restraint tests. If rated by NHTSA, they earn 4 or 5 stars overall or 4 or 5 stars in the front and side tests under the old rating scheme. All come with standard ESC.)

Prices, rounded to the nearest $100, were taken from Kelley Blue Book on July 1, 2014, for the lowest trim level and earliest applicable model year based on the following criteria: vehicle in good condition, typical mileage and private party purchase in Arlington, Va.

For a complete listing of all vehicles including a separate list for "Good Choices", follow this link.

Even if you don't have a teenager, it pays to buy the safest car you can afford – whether your credit is great or less than perfect. Tin this instance, the new report from the IIHS can go a long way to steering you towards the right vehicle.

So if you're ready to take the next step, you can begin by filling out our online car loan application.