By now, you may be familiar with "The Golden Sisters." These three feisty ladies (Mary Bartnicki, Josie Cavaluzzi and Teresa Dahlquist) are the stars of Volkswagen's incredibly popular "Old Wives Tales" campaign, a series of videos created to promote the benefits of diesel engines.

Will Diesel Become a Popular Option?

The "Old Wives Tales" videos were originally released on YouTube only, but have recently been shown on TV after going viral. Describing the ads in a recent article from Automotive News, the following line appears, "Automaker hilariously turns diesel into something worth talking about."

Given the fact that diesel engines are known for their fuel efficiency, maybe diesel should be a topic of conversation. Why should you consider diesel? 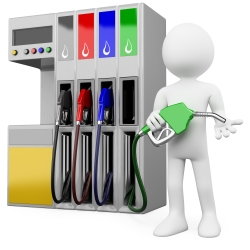 A Possible Future for Diesel Engines

There was a time when most vehicle buyers thought of diesel engines as being slow, sluggish and undesirable. However, diesel technology is constantly being developed and improved. The diesel engines of today are far superior to their predecessors, and it looks like they will be even better in the future. Who knows? Maybe YOUR next car, truck or SUV will be fueled by diesel.

The Best Financing for Any Engine

Whether you're leaning towards diesel or are content to stick with gas, Auto Credit Express can help you to be approved for an auto loan. Regardless of what your credit looks like, we can assist you in buying the vehicle that you need.

Just fill out our fast and secure application to get started today.

Is Your Car Ready for Road Trip Season?

Smog Tests in Los Angeles: What Are They?