Electric vehicles (EVs) aren’t a new trend in the automotive industry. With more brands producing EVs, experts predict a noteworthy number of consumers will move away from gasoline-fueled cars in the coming years. 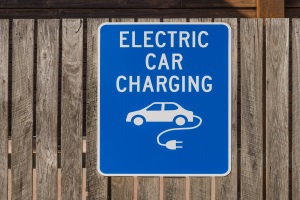 According to UBS, a Swiss global financial services company, researchers predict that, by 2025, 16 percent of cars sold in the world will be electric.

“The shift to electric cars will come faster and in a more pronounced way, fueled by the diesel demise in Europe, battery technology advancements and regulation in China and Europe,” Lead Analyst Patrick Hummel said.

Comparing UBS research from 2016 to 2017 on EV Brand Approval, Tesla and Mercedes increased credibility (Tesla up about four percent, Mercedes up about two percent), while BMW and Toyota dropped (BMW decreased about three percent, Toyota decreased about one percent). Although Toyota dropped slightly, it’s still rated highest among EV Brand Approval (about 48 percent) out of the four brands.

Hummel and his team expect Tesla, which only produces electric vehicles, to be the brand that benefits the most from the increased interest in EVs. There will be more competition come 2025, however, with more and more brands getting in the electric car market.

EVs are expected to be one of the most popular vehicle types come 2025. Around the world, countries are already preparing to cater to electric cars, and the US is catching up to them. The top three countries already using EVs are Norway, Netherlands, and the United Kingdom, with the US not too far behind in fourth place.

If you’re looking to go green with a more fuel-efficient car but bad credit is in the way, let Auto Credit Express help. We work with a nationwide network of special finance dealers who have the lenders willing to work with people in challenging credit situations. Get started today, so we can match you with a local dealer. Simply fill out our online auto loan request form.

Is a Used Electric Vehicle a Good Idea With Bad Credit?

Care and Maintenance on an Electric Vehicle