With their used car values falling and new car incentives higher than ever, the data from both Autotrader and Kelley Blue Book suggest that now would probably be a pretty good time to buy a Volkswagen.

Why buy a Volkswagen now? 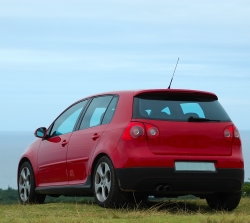 German automaker Volkswagen is in the midst of a crisis as it searches for a fix for thousands of diesel-equipped cars that used a software program to circumvent U.S. EPA nitrogen-oxide emissions standards. Until it comes up with a fix, a stop-sale order has been issued for affected 2016 models. Current owners of affected vehicles have also been left in limbo, not knowing how either performance or fuel economy will be affected once their vehicle has been fixed under recall.

Until that time, car buyers looking for a good deal, even those with bad credit, need look no further than either their local VW dealer or, for that matter, any franchised new car dealer that has a used Veedub on their lot.

"With plenty of Volkswagen inventory and most shoppers looking elsewhere, savvy consumers can take advantage of the opportunity to nab an attractive deal on a Volkswagen," said Michelle Krebs, senior analyst, Autotrader.

"Consumers can choose to go the gasoline route or can still opt for a diesel model when shopping used. The EPA has published a statement indicating that affected diesel VWs are legal and safe to drive. At some point, Volkswagen will come up with a fix for its affected diesels. Our data shows that the decline in prices appears to be stabilizing, so these could be the lowest prices and the best time to buy Volkswagen."

According to data from Autotrader, listing prices for used Volkswagen diesel models as well as some gas models "have fallen substantially from a year ago." By "substantially" we're talking about an average listing price of $1,944 less for diesel models and $1,111 for gasoline models (even though gasoline models aren't affected by EPA emissions issues.

Volkswagen Jetta diesels have fallen by $5,591, on average, during that time period, while diesel-equipped Beetles and Passats have fallen by nearly $4,000. What's more, according to Kelley Blue Book, the auction prices of VW's diesel models have dropped by an average of $2,100 just since mid-September, while Autotrader's analysis of what consumers are paying shows a downward trend that suggests November prices for these vehicles should be "even lower."

While new VWs are typically too expensive for budget-conscious, credit-challenged car buyers, Autotrader data suggests that your average new car buyer is currently less interested in what Volkswagen has to offer. As a result, " Volkswagen's average new-car incentive was $4,700 per vehicle during October, the most of any mainstream automaker…"

So what should bargain hunters be doing right now?

"On the used car side, it's important to note that we still don't know how Volkswagen's fix will affect the diesels' fuel economy and performance," said Tim Fleming, analyst for Kelley Blue Book. "If the impact is minimal, used car prices could bounce back and return to more normal levels. The market for these vehicles took a sharp decline following September's announcement, but we could see this reversed depending on the fix."

In short, if you're looking for a real good deal on either a new or used Veedub, don't wait too long.

According to Kelley Blue Book and Autotrader, car buyers looking for a good deal on a new or used Volkswagen should take advantage of the situation as soon as possible. Think "strike while the iron is hot" and "make hay while the sun shines."

Also remember, "He who hesitates is lost." If you have bad credit, don't hesitate any longer. Auto Credit Express has helped thousands of credit-challenged people rebuild their credit while driving a reliable new or used car.

You can begin the process by filling out our secure online application. It's that easy.

Some VW Owners Will Get a Surprising Dieselgate Settlement Perk

How to Buy a New Car with Poor Credit