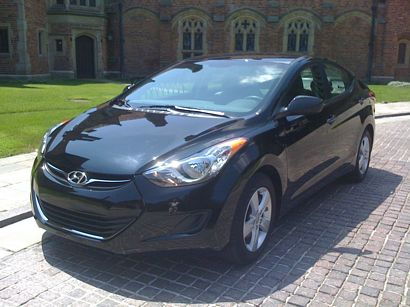 Picking the right kind of vehicle is one of the most important steps in reestablishing your auto credit once you've received a car loan approval.

At Auto Credit Express we understand this important aspect of the high risk auto loan process because we've been helping car buyers with credit issues for the past two decades.

In some instances, consumers with credit problems have visions of financing a, van, large sedan, or even a full-size SUV.  But even if they qualify (most will not), picking out one of vehicles often leads to problems later on.

To begin with, the reason most people won't qualify for one is because the higher interest rates charged by subprime auto lenders will put the monthly payments at the limit of or over most budgets.

In addition, higher car insurance rates and poorer fuel economy make them even more expensive to own.

According to the most recent AAA survey, fuel costs are among the most important items that lead to increases in vehicle operating costs. Based on 15,000 miles per year, this is what the organization has determined are the average costs of operating a vehicle based on its size and type:

In addition to fuel, these costs also take into consideration depreciation as well as tire and auto insurance expenses.

The report also noted that "The small sedan category experienced the smallest increase of the five categories of vehicles, rising only 2.9 percent from last year to 43.3 cents per mile or $6,496 per year, based on 15,000 miles of yearly driving. The minimal increase was primarily due to the increased popularity of small sedans led by higher fuel prices. It resulted in the small sedan category being the only one where depreciation costs were lower than last year, falling 1.9 percent."

This means that buyers, regardless of their FICO scores, can save over $2,000 a year simply by picking a small over a midsize sedan – a savings that can be used lower the payment or shorten the loan term - freeing up cash to pay other bills.

Financing a vehicle if you have credit problems means the time has come to get practical when the time comes to choose a vehicle. By buying a less expensive car that's also cheaper to operate and making your monthly payments on time, chances are very good that the next one you buy will qualify for a lower interest rate.

There is one more thing: Auto Credit Express specializes in helping people with challenging car credit find dealers for their best chance at getting approved auto loans.

So if you're serious about getting your auto credit back on track, you can begin now by filling out our online auto loans application.

How Much will a Car Loan Cost

AAA Report Updates How Much a Car Loan will Cost

Get a Car Loan in May