The subprime auto lending market has received plenty of flak recently. Subprime loans, which are made to consumers with lower credit scores and are therefore seen as riskier, has gotten a lot of blame for rising delinquency rates over the past couple of years. However, new research from Equifax shows that this is largely misplaced. 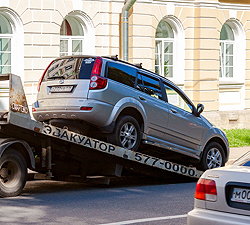 The auto finance market has expanded in a big way in recent years. And subprime auto loans have played a part in that growth. But with delinquencies now on the rise, more and more market analysts are getting concerned.

Numbers like these have many analysts wondering if another financial crisis could be on its way. But Equifax put out that fire when it revealed that their latest research found loan performance to be stable.

On January 24th, Equifax representatives addressed concerns about the subprime auto lending market. They did so at the American Financial Services Association (AFSA) Vehicle Financing Conference and Expo in New Orleans, Louisiana.

In response to growing concerns, Equifax dug through their data. What they discovered, basically, is that any belief that the rising delinquency numbers will lead to big trouble is mostly misguided. They found that loan performance is stable across the lending market as a whole.

What the data told them is that an increasing number of vehicles are being financed. For context, data from fellow credit bureau Experian indicates that the percentage of new cars being financed is greater than 86% now, up from below 80% just nine years ago. Over that same time period, used vehicles that are being financed have jumped from 50% to 56%.

Equifax pointed out that it is natural to see a rise in delinquencies in the wake of increases of that scale. They also noted that much of the growth is a result of loans to consumers with prime credit.

And while subprime loan originations have been steadily rising since the recession, Equifax research found that most lenders remain very conservative compared to their pre-recession habits.

For example, a majority of banks and credit unions are being very careful with subprime loans. Only 13.1% of their portfolios are considered subprime. On the other hand, dealer-financed and independent finance companies have portfolios that are comprised of 34.8% of subprime loans.

Their data is telling them that specialty lenders (dealer-financed and finance companies) are serving the higher-risk segments, while the majority of traditional lenders have been playing it safe. Therefore, they are confident in calling the overall auto lending market stable.

Equifax firmly believes that overall loan performance and credit quality is strong. The delinquency increases cannot and should not be taken as a sign of questionable stability in the subprime auto lending market as a whole.

As Equifax's data indicates, traditional lenders deal very sparingly in bad credit car loans. If you have bad credit and need to finance a car, you may think that, because of this, you'll be out of luck. But you should think again.

Auto Credit Express can help you find auto financing because we're connected to the largest network of special finance car dealers in the country. If you're looking for a dealership that can help people dealing with credit issues, you're in the right place.

You can get the process started by filling out our simple and secure online auto loan request. Our service is free and puts you under no obligation, so you have nothing to lose.

How Your Credit Score Changes After Negative Information is Removed

Buy a Vehicle with Questionable Credit