Every three months, Experian releases their State of the Automotive Finance Market report. The latest one, covering the first quarter of 2017 and released last week, revealed four big takeaways:

What This Means for Bad Credit Car Buyers

If you are a consumer with less than perfect credit and you are considering a subprime car loan, there is one main takeaway from this report you need to focus on: loans made to those with bad credit are declining in number. 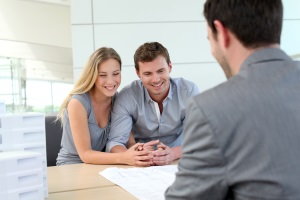 Here is a comparison of the percentage of loans to borrowers with credit scores between 300 and 660:

The point is, fewer loans are being made to people with imperfect credit. Experian's findings echo those of a recent TransUnion report that also found that subprime loan originations had fallen.

You can assume from the report that it will probably be more difficult to get approved for a bad credit car loan in the near future than it is right now. So, if you need a car loan and you're dealing with less than perfect credit, it's in your best interest to make your move sooner rather than later.

If you are ready to take action, Auto Credit Express is here to help. Our fast and free service connects credit-challenged car buyers to special finance dealerships in their area.

The dealers in our network are connected to a wide range of lenders, so they will do everything in their power to help you get approved, even if you are dealing with credit problems.

Get started right now by filling out our car loan request form.