The latest report from Experian, one of the nation's main credit bureaus, shows the number of loans written for people with bad credit fell to the lowest amount since 2012. 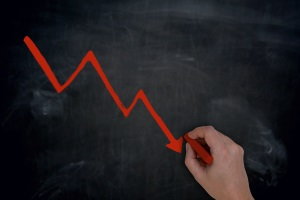 Experian publishes their State of the Automotive Finance Market report once every quarter. The company just released the data for the third quarter of 2017 (covering July, August, and September), and it shows that, while the lending market as a whole is gaining strength, new subprime car loans reached a record low.

Experian data shows the auto finance market is strengthening behind consumers with credit scores of 661 and above. Here's the breakdown of loans made (including new and used vehicle loans and leases) in the third quarter by credit score:

In addition, since the third quarter of 2016, the percentage of loans for super prime and prime borrowers has increased, while it's decreased for nonprime, subprime, and deep subprime consumers. According to Experian, the share of new loans for consumers with credit scores of 600 and below is the lowest level on record since 2012.

Experian also found that the average credit scores of consumers taking out car loans are on the rise. For new vehicle financing (loans and leases), the average consumer credit score was 716, up from 714 last year during this time. For used vehicles, it was 659, way up from the 648 it was four years ago.

What This Means if You Need a Bad Credit Auto Loan

The numbers show that lenders aren't approving as many car loans for people dealing with credit issues as they once were. The number of subprime loans being created has been declining for a while now, so you should probably consider acting sooner rather than later if you have bad credit and need an auto loan.

The data also shows that it's more difficult to get approved for a subprime car loan, but you can set yourself up for a better chance at success with these tips:

Not every dealership is going to be able to help you get approved if you're dealing with less than perfect credit. Only certain dealers are signed up with the lenders who are willing to help.

Auto Credit Express has assembled a giant network of special finance dealerships that can help address this issue. We can connect you with one in your local area for no cost. All you need to do to get started is submit our secure auto loan request form. Get started today!

What Are the Average Monthly Loan Payments for a Bad Credit Auto Loan?