The latest subprime auto lending trends show the number of loans going to people with bad credit is on the decline. With the way things are heading, car buyers who need special financing shouldn't delay. 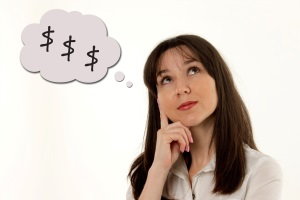 The number of car loans to consumers with subprime credit is decreasing, two leaders in the world of credit agree.

TransUnion's latest Industry Insights Report, released in late February, looks at the overall consumer credit market once every three months. According to their data, the number of subprime borrowers with a car loan balance dropped 1.7 percent between December of 2016 and December 2017. Additionally, the number of loans created for people with subprime, near prime, and prime credit scores – the three lowest rankings on TransUnion's scale – dropped 8.2 percent during that time period.

Experian data highlighted similar findings. According to their most recent State of the Automotive Finance Market report, the number of total and used car auto loans to consumers with deep subprime credit scores fell to record lows.

Additionally, the percentage of total auto loans to consumers with imperfect credit fell in the fourth quarter of 2017:

Overall, for consumers with credit scores of 660 and below, the percentage of new and used car loans they represent fell to 42.48 percent in the fourth quarter of 2017 from 43.65 percent a year earlier. This doesn't seem like a big difference, but it's a large number of borrowers when discussing the market as a whole.

As lending appears to be shifting more toward consumers with better credit, it would be wise to act sooner rather than later if you need a subprime car loan.

How to Get a Subprime Auto Loan

The number of people with bad credit who can get a car loan is always smaller than the number of borrowers with good credit for one simple reason: there are fewer lenders who work with poor credit.

It's possible to get a car loan with bad credit, but you'll typically need to get financing from a subprime lender. These lenders finance subprime auto loans by looking at approval factors that go beyond credit scores, such as income, employment, and residence stability. These loans come with higher interest rates, but they also give you a chance to improve your credit with on-time payments.

While subprime auto loan lenders evaluate your ability to get a car loan on an individual basis, the chances of getting approved, at least in part, depend on the overall lending climate. Right now, the subprime auto lending trends point out that this is getting tighter.

The number of subprime auto loans has been declining for a while now, so it doesn't appear getting one is going to get any easier in the near future.

Getting a Car Loan with Poor Credit

The numbers from TransUnion and Experian indicate there's fewer subprime auto loans available. Another challenge of getting a car loan with bad credit is finding a dealership that can help you, but Auto Credit Express has made that process easier.

We've teamed up with a network of dealerships that have the lending connections you need to get a subprime auto loan. Our cost- and obligation-free service can match you with a dealer in your area. All you need to do to get started is fill out our secure auto loan request form online.

Car Dealers Who Deal with Bankruptcies near Me May 15, 2019