So you want to save the environment and go green with your new hybrid car? Well, they're safe for the planet, but are they safe for you or emergency responders in a car crash? 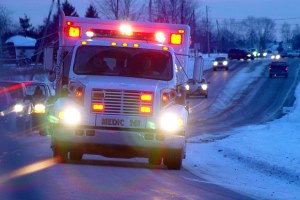 If you've recently taken a "green" approach to your life-style, you may be looking into getting a hybrid vehicle and all the benefits they provide to the reduction of the planets' pollution problem. You probably have researched the topic extensively and may have decided that hybrid cars are worth their cost, but did you know that they pose harm to passengers and rescuers alike when involved in a car accident?

Hybrid cars all have a gasoline powered motor that is paired with an electric motor, as well. These electric motors are powered by large battery packs that have high-voltage cables routing under the passenger compartment to attach it to the motor. These high-voltage cables are the main concern and safety issue with hybrid cars. Emergency responders are questioning the chances that they will be electrocuted if a cable is exposed. For example, if there is a break in the insulation for a high voltage cable, it may come in contact with:

These things could cause an electric shock, or electrocution to occur. This is a very serious issue to handle as more and more car manufacturers are introducing hybrid vehicles to their line-up.

While car makers are trying to ease the fears of car buyers and emergency responders by providing manuals on rescue procedures, and even offering training classes – they don't seem to be as concerned as others.

According to Ford, Honda, and Toyota spokespeople, their hybrid vehicles don't pose any extra danger than working with a conventional vehicle. They all use a nickel-metal hydride battery which is non-flammable and non-explosive. All batteries are placed in a metal case and insulated from the vehicle body, and just as any other car made before 2000, these vehicles must meet all government crash test standards.

Although the companies say there is no added danger for rescuers working with hybrid vehicles, firefighters have begun studying and practicing procedures on different hybrid vehicles like:

This will help decrease their fear when being called to an accident involving a hybrid car. They are learning how and where to cut the passenger out of the car if need be, and how exactly hybrids operate. These will help eliminate some of the danger of working with high-voltage cables and batteries, because as more and more manufacturers release hybrids there is a greater chance that a car accident will involve one of these green cars.

Avoid the Risk of High-Voltage Cables

There are a wide variety of differing hybrid models and some of them use upwards of 650 volts of power. There is no set amount of volts that you would have to endure before causing injury, but 650 is definitely high enough to do some serious damage. Luckily, as long as EMT personnel follow the procedures outline in the manual and traditional safety protocol there shouldn't be an issue.

If you are ever the first to respond to a site and you are licensed to help in the situation, you should first turn the car off and remove the key. The car is dead if the ignition is off. The car is no longer sending energy to the motor or cables, and there is no threat of a possible electrocution. The same goes for most Toyota hybrids when the airbags are deployed. When this happens it disables the high-voltage system and poses no additional risk.

Each scenario that a firefighter or other EMT personnel goes to poses some sort of danger to them, but that doesn't stop them from helping the victims. It shouldn't be any different with a hybrid vehicle. As long as they follow the correct procedures and normal safety protocol, they should be able to get in and get out of an accident scene involving a green car without trouble. The car makers have helped make it easier by making the high-voltage wires orange, so the responders know which ones to avoid.

If you have a green car, or you're thinking about buying one, you shouldn't be put off by this danger. Emergency responders are training to learn everything they can about hybrid cars, and they won't be hesitate to help you if you're in a car accident. If you're afraid you won't get qualified for a loan on a hybrid car, think again. At Auto Credit Express we can help you get approved no matter what your credit profile looks like, apply online today to get your pre-approval.

Is Your Car Ready for Road Trip Season?