How often do you see or hear car advertisements that showcase that their vehicle as "award-winning?" There are so many auto industry awards that it can be confusing for the consumer. Should these awards even matter when making a car-buying decision?

"Award-winning" is thrown around in a lot of advertising campaigns because awards are seen as prestigious and a form of validation. But so many publications, journalists, websites, radio hosts and even television shows are handing out their own awards these days that it seems like just about every make and model can claim some honor.

Still, many accolades are great evaluators of a car's safety testing, value, features, performance, owner satisfaction, and more. Parsing through all of them and figuring out which ones are the most meaningful can often help consumers make informed car-buying decisions.

The most high-profile auto industry awards are doled out by these companies and publications: 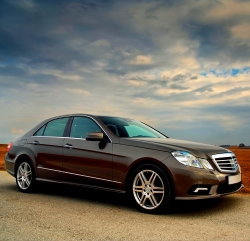 A recent article from auto insurance quote comparer The Zebra, in their publication Quoted, highlighted some interesting facts to keep in mind when looking at auto industry awards.

Many consumers do not realize that many auto industry award organizations and publications are for-profit businesses. In many cases, their income is coming from the very auto makers that they are reviewing and ranking.

Some award organizations and publications:

A caveat: This is not the case with every award provider, not even with all of the high-profile ones. KBB doesn't charge automakers for reviews and they don’t prevent them from featuring their awards in ads. Consumer Reports refuses to sell or allow car makers the use of their ratings in advertising. They are strictly done for the consumer.

Do large amounts of money changing hands between auto makers and awards programs make them untrustworthy? Of course not, but the consumer has a right to know that some awards may not be completely free from industry influence.

Is there a conflict of interest? Perhaps, but extensive studies and surveys are still being performed. Awards can still be very informative and useful to car shoppers.

An award is nothing to sneeze at, but perhaps it's best if they are taken with a grain of salt. Consumers can use them to aid them in the car-buying process, but they should be one of a long list of things to consider.

Also, if you are considering a car that has won an award, make sure that you look closely at what that accolade measures. Read over the study or findings carefully to find out exactly what the publication or organization was scoring, measuring and/or recording.

Auto industry awards can provide car buyers with important information about features, reliability, value, satisfaction, and many other pertinent factors. But don't base a purchase as big as a car on only an award that it may have won.

Another bit of advice: Auto Credit Express helps consumers with poor credit get matched with the dealers who give them their best chance at auto loan approval. Get back on the road by filling out our free and secure online application.

Vehicles with the Best Resale Values to Trade in or Buy

The Best Cars You Can Buy for Your Money in 2017