The recent flooding in Texas could prove to be especially problematic for car buyers with less than perfect credit.

Because credit-challenged borrowers usually choose to finance a used car, they should be aware of that fact that they are especially susceptible to buying one with hidden damage. 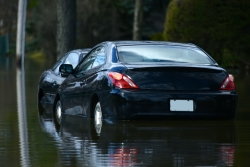 One study conducted by Experian Automotive noted that "more than 2 percent of the late-model used vehicles (model year 2005 and newer) had a negative vehicle history event (frame damage, salvage, odometer rollback, etc.), which can significantly impact the vehicle's value."

The report went on to state that buyers with low FICO scores are even more at risk, noting that "more than 3 percent of financing outside of prime had negative vehicle history."

Since this "negative vehicle history" includes flood damage, these consumers need to be especially cautious, as thousands of vehicles that were damaged by the recent storms in Texas are, according to the National Insurance Crime Bureau (NICB), just beginning to hit the market.

"Consumers need to know that these vehicles may appear advertised for sale without any indication that they were affected by the flooding. As always, buyers should be careful when considering a used vehicle purchase in the weeks and months following a disaster like this."

So what can be done to avoid becoming a victim? 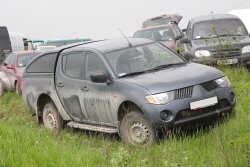 Next, check the NICB web site where the VIN number of the vehicle can be entered to see if it has been reported as a stolen or salvage vehicle. If the report is clean, order a vehicle history report (Carfax, AutoCheck and others offer this service).

If things still look good, have it inspected by an ASE Certified Master Mechanic as well as a body and frame specialist (this can cost anywhere from $100 to $200, but consider it money well spent).

Consumers with checkered credit are far more likely to get stuck financing a vehicle with hidden damage than other buyers. By following all the above steps they can prevent this from happening.

One more tip: Auto Credit Express helps credit-challenged consumers find those dealers that can give them their best chances for auto loan approvals.

So, if you're ready to rebuild your credit, you can begin now by filling out our online auto loan application.