You may have been warned about financing a used car that’s over 100,000 miles. But, what if you come across a vehicle that’s close to 200,000 miles? Your initial thought may be to walk away and find another car, but some vehicles are worth doing a double take. 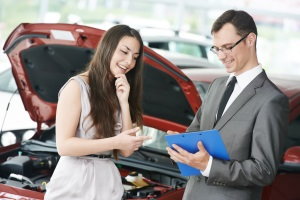 Whether or not a high mileage car is good or bad is subjective, but ultimately depends on its current condition and whether or not you want to eventually sell it. A vehicle that has high mileage and has been taken care of can be a great buy. On the flip side, if the car has experienced extensive damage and been on rough roads for a few years, you might want to steer clear.

If resale value isn’t a concern, buying a high mileage vehicle can be a great option to consider. After five years of ownership, a new car typically has lost about 60 percent of its total value, though its depreciation rate begins to level off. If the vehicle you’re considering with high mileage is less than 10 years old, has a good repair history, and fits your needs, don’t shy away from the sale. But, a word to the wise: always have a used car checked out by a certified mechanic before finalizing a deal, especially if it has higher than average miles on it.

Within the list, seven out of 10 were SUVs, with Toyota and General Motors leading the group with four vehicles each. The Toyota Sequoia took first place, with an average of 6.6 percent of used Sequoias being sold with at least 200,000 miles on them.

In addition, iSeeCars excluded trucks and SUVs to come up with the 10 cars that last the longest:

Three minivans made the list, and Toyota has the most models listed with the Avalon taking the number one spot.

As for trucks, here’s what iSeeCars determined are the top eight trucks that last the longest:

Even in the truck segment, Toyota takes the number one spot with the Tacoma. Remember, even if the vehicle you want to buy isn’t listed, that doesn’t mean it won’t last 200,000 miles or more. As long as it’s in good condition with a reputation for quality and reliability, it's less likely you'll see any major issues with owning and driving one of these models with high mileage.

If you’re ready to buy a used car, but worry your credit is holding you back, let Auto Credit Express help. We specialize in helping people in various credit situations by connecting them to local special finance dealerships. We work with a nationwide network of dealers that are experts at helping car buyers with less than perfect credit. To get the process started, simply fill out our free and easy auto loan request form today!

How Long until a Used Car is Worthless?

Could You be the Victim of Odometer Fraud?

Which Vehicles Have High Resale Value?

Trading In a High-Mileage Car

Replacing Your Car after a Hurricane