How Long until a Used Car is Worthless? 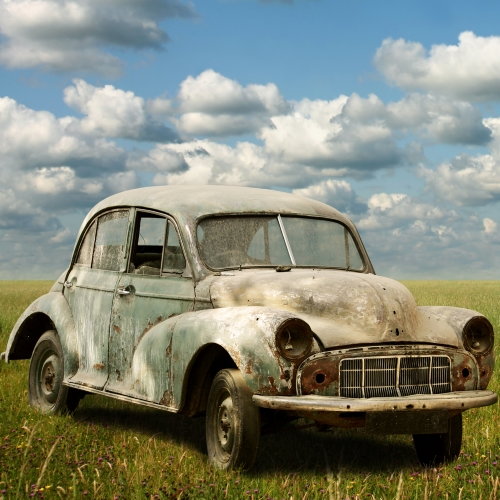 Each year there are what seem to be countless studies surrounding the reliability and resale value of the various makes and models of vehicles available to consumers. None of those studies, however, have ever determined the point at which a vehicle loses all of its value.

That is, not until earlier this year when MojoMotors.com set about determining how reliability and resale factor into vehicle value by doing just that. By evaluating more than 500,000 cars in their database from model year 1995 to 2014, MojoMotors was able to determine the average selling price of each vehicle, based on year and mileage.

Miles Until All Car Value is Lost

Then, according to Max Katsarelas and Michael Milstein who blogged about it on MojoMotors web site, "Using a linear regression model, we were able to calculate the dollars of value lost as mileage increased and ultimately, the number of miles until a car lost all value" with these results:

10. Mazda – 177,729 miles until worthless
Their lineup has expanded in the last few years as they now offer compact, midsize and full size crossovers that have fared well in reviews.

9. Acura – 178,947 miles until worthless
It should also be noted that Acura is the only luxury brand to squeak into the top ten most reliable car brands.

8. GMC – 188,584 miles until worthless
Since GMC splits many parts with Chevrolet, repairs aren't usually too expensive.

7. Subaru – 189,370 miles until worthless
According to Polk's auto data, 95% of Subarus sold in the last ten years are still on the road. Pretty impressive.

6. Nissan – 195,593 miles until worthless
Nissan vehicles, especially their cars, are among the most reliable shoppers can buy.

5. Chevrolet – 195,754 miles until worthless
Recalls aside, the last few generations of automobiles built by Chevrolet are their best ever.

4. Dodge – 198,266 miles until worthless
Stick to a high mileage Ram pickup or Grand Caravan minivan, the same can't be said about Dodge cars.

3. Ford – 198,409 miles until worthless
The Ford Focus compact and Fusion midsize, along with Ford's lineup of crossovers make them the most reliable American automaker on this list.

1. Toyota – 210,705 miles until worthless
The public perceives Toyota as one of the most reliable automakers and our study concurs with this perception.

MojoMotors also states that "This is a make-specific study, not a breakdown of models, trims or years. There can be a large variation between each model's trims and there are many factors that go into the price of a car. Things like color, options, warranties and whether a car is a certified pre owned or not all greatly affect a cars valuation. Our study did not account for these variances."

And, finally, "just because a car is considered valueless beyond a certain number of miles in this study doesn't mean it won't drive for another 100,000 miles."

Although the MojoMotors study is a broad look at vehicle value, it's interesting to see how the various manufacturers stack up against each other and how closely the results match up with the perceived value of each brand.

Cars You Should Buy New in Seattle, Instead of Used

Can I Get a Reliable Vehicle Even With Bad Credit?