When it comes to buying a used car these days, the price you're going to get is anyone's guess. Between regional differences, tight inventory, surging inflation, and possible mark-ups, there can be a big difference in price from city to city for some vehicles.

Used car prices are still soaring over where they were last year. In fact, according to the Experian State of the Automotive Finance Market for the first quarter of 2022. The cost of a car loan is up 24.88% over this time last year on average. This isn't the record highs we were seeing last year, but things haven't turned around very much.

This is in part due to tighter new car supplies from ongoing chip shortage and supply chain issues, and the fact that more would-be new car shoppers are turning to used vehicles to find something in stock. With supply so limited, and prices so varied, it could be worth it to look for a vehicle in a city other than your own.

Where Are Cars Most Expensive? 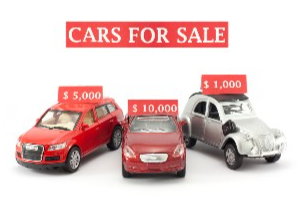 With this in mind, iSeeCars gathered data on the most and least expensive cities to buy a used car in. Not surprisingly, things get rather expensive in some parts of the country.

Alaska seems to have the highest prices for purchasing some of the most popular vehicles. Fairbanks Alaska made the list four times, and Anchorage landed on the list, too. The difference in prices between the cities with the most and least expensive prices for the same vehicle vary at least 22%, according to iSeeCars. The highest price disparity was 32.4%

Here's a list of the five cities where it costs the most to purchase select popular used vehicles.

If you're shopping for a used car right now, this list highlights the disparities between the prices across the country. If you're nowhere near any of the cities listed, a best practice is to look in cities close to you, especially major metropolitan areas where the supply of used cars might be higher.

Additionally, if you're looking to save money on a used car, you can check into financing a certified pre-owned vehicle through a captive lender, in some cases, they offer rebates and incentives on CPO cars.

How Far Are You Willing to Go?

The five states where people are willing to drive the farthest are:

The study compared how far people in every state were willing to drive to find a car for sale. Vermonters say they'd travel the shortest distance, just 286 miles, followed by Connecticut, whose residents will travel around 344 miles.

Road Trip of a Lifetime

Save Money with These Used Car Alternatives to New Cars