FTC Report Shows Your Credit Scores Could Be Wrong 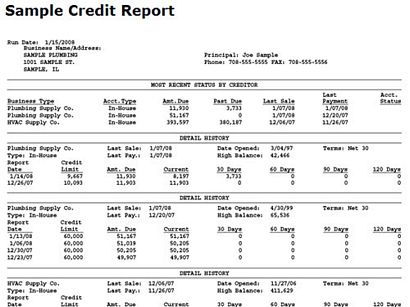 Consumers with questionable credit sometimes fail to realize that monitoring their credit reports could make a big difference when it comes time to apply for car loans.

At Auto Credit Express we know this is the case because we've spent the past twenty years helping car buyers with bad credit find those new car dealers that can give them their best opportunities for approved auto loans.

It turns out that, in a few cases, buyers that were turned down might've been approved or buyers that were approved might have received a better interest rate if they had bothered to correct mistakes in their credit reports.

In fact, new study mandated by congress and conducted by the Federal Trade Commission (FTC) "found that one in five consumers had an error on at least one of their three credit reports."

"These are eye-opening numbers for American consumers," said Howard Shelanski, Director of the FTC's Bureau of Economics.  "The results of this first-of-its-kind study make it clear that consumers should check their credit reports regularly.  If they don't, they are potentially putting their pocketbooks at risk."

During the study, participants were "encouraged to use the Fair Credit Reporting Act (FCRA) process to resolve any potential credit report errors."

The study also found that:

Although a number of studies have been conducted to measure the overall percentage of credit report errors, the most notable one, conducted in 2003 by U.S. PIRG, involved just 200 participants in 30 states.

The FTC study was based on a much larger base of consumers – 1,001 participants who reviewed 2,968 credit reports with a study associate that helped them identify and correct possible errors on their credit reports.

The participants involved in the study were also selected "to match the demographic and credit score information of the general public." They were also "encouraged to dispute errors that could affect their credit standing."

The reports that contained potential errors were then sent to FICO for rescoring. Once the dispute process was completed, participants were provided with updated credit reports and credit scores. On all reports where changes were made, the impact that these had on credit scores was then measured.

It should also be pointed out that these findings are based on an interim report. Congress has directed that the FTC provide an interim report every two years, beginning in 2004 and continuing through 2012. The final report is due in 2014.

Although they're taken into consideration, higher risk lenders typically look past credit scores and base much their credit decisions on an applicant's credit habits. This is done, in part, by looking more closely at the actual information contained in their credit reports. But if that information is inaccurate, when combined with low credit scores this often could result in a credit denial for an auto loan.

The results of the current FTC report only reinforce the fact that all car buyers - but especially those with past credit problems - should carefully check their credit reports well before applying for any type of loan.

One more thing: if, after viewing your credit reports and making any corrections, you find that your credit scores still fall below 640, we want you to know that Auto Credit Express specializes in helping applicants with car credit issues find dealers that can give them their best chances at auto loan approvals.

So if you're ready to reestablish your auto credit, you can begin now by filling out our online auto loans application.

Do Not Trust your Credit Report

Are There Mistakes on My Credit Report?

What to Know About Credit with the Credit Bureaus Part 2

How Your Credit Score Changes After Negative Information is Removed

How to Avoid Yo-Yo Car Financing