A recent study shows drivers believe distracted driving is the biggest cause of auto accidents — even more so than drunk driving. Yet, those same people feel confident in their ability to text and drive. 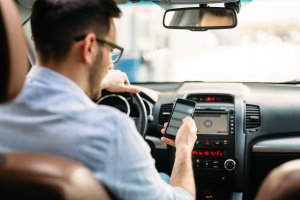 The majority of respondents in the Progressive Insurance study feel the same way about distracted driving, but the results vary drastically between age groups surveyed. More than half of drivers between the ages of 18-34 studied say they can safely text and drive, compared to just six percent of drivers over the age of 55.

Despite the overwhelming number of younger drivers who feel they can safely text and drive, the National Highway Traffic Safety Administration (NHTSA) reports that 3,477 people were killed and 391,000 were injured in distracted driving crashes in 2015 alone. In these cases, teens made up the largest age group reported to be distracted at the time of the accident.

In the study, twice as many men reported being “very confident” in their ability to text and drive, but, surprisingly, 88 percent of male drivers said it shouldn’t be allowed. Ninety-seven percent of female drivers agreed that this common distraction should not be allowed. Overall, 83 percent of individuals think police should pull over drivers for texting.

With many participants, there seems to be an “anything you can do I can do better” attitude when it comes to distracted driving. They’re confident in their own abilities, but when witnessing other driver’s texting, 62 percent of respondents reported feeling concern, while 50 percent reported feeling irritation.

Progressive would like to get more people talking about ways to reduce distracted driving. “We hope this study starts conversations around distracted driving and how to reduce it. It's especially interesting that most people recognize this activity is dangerous, yet many people feel confident in their own ability to text and drive,” said David Pratt, Business Leader of Usage Based Insurance at Progressive. “Based on early results with users of our Snapshot Mobile app, we're optimistic that personalized feedback will encourage safer behavior.”

Besides texting and driving, there are other risky behaviors that drivers often engage in which can lead to distraction and accidents. These include:

Be sure to minimize all distractions as you drive, so you don’t become another statistic.

If you’re in need of a vehicle, don’t be distracted by bad credit. Auto Credit Express wants to help you finance with confidence. We work with a nationwide network of special finance dealers who have the lenders willing to work with people in challenging credit situations. Get started today, so we can match you with a local dealer. Simply fill out our online auto loan request form now.