The 2017 J.D. Power Initial Quality Study reveals that, for the second year in a row, Korean automaker Kia, which makes some of the most affordable vehicles sold here, is the top brand in new-vehicle initial quality.

Although, as of this writing, subprime lenders are beginning to back off on the number of loans they are approving, there are still more than a few credit-challenged borrowers that may qualify for a new car.

New vehicles come with a number of advantages, including a manufacturer-backed warranty. But while, in most states, new cars are also covered by lemon laws, you don't want to go through the hassle of having to bring your vehicle in for repairs, even before that new car smell wears off.

So, how can you determine which affordable new cars will prove to be the most reliable? Keep on reading.

It's called the J.D. Power Initial Quality Study (IQS). Since 1986, it's measured the quality of new vehicles based on owner experience. The latest one covers nearly 80,000 new vehicle owners of 2017 model year cars. Like the previous 30 studies, it examines the problems owners experienced during the first 90 days of ownership.

One of the big surprises contained in the 2017 study was the fact that the Korean brand Kia, which produces some of the more affordable vehicles, now "ranks highest among brands for (a) second consecutive year" – definitely good news if you have credit issues.

With that in mind, we examined the latest list of top-scoring vehicles from the IQS and took a close look at the three most-affordable categories – Small Car, Compact Car, and Compact MPV – and came up with seven high-quality vehicles for you to consider if you have poor credit. 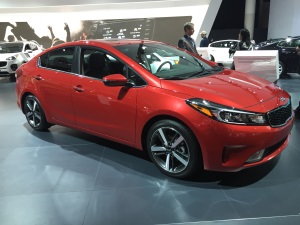 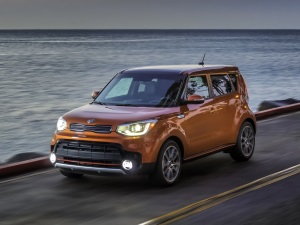 If you have less than perfect credit, keep in mind that not all borrowers with credit issues can finance a new car. But if it's offered to you and it's through a dealer that sells one of the brands listed above, chances are you won't go wrong choosing one of these affordable new cars.

Here's another high-quality tip: Auto Credit Express has a nationwide network of car dealerships with the lenders and know-how to help people in all types of credit situations.

Our service is free, fast, and there's no obligation to buy anything. See what we can do for you by filling out our car loan request form today.

Information listed above based on the J.D. Power 2017 U.S. Initial Quality Study.

Average Age of Vehicles On the Road Rising