Before you spend all of your savings on a cheap car, consider what you are really purchasing. Not only will you need something affordable, you also need something reliable - something that won't leave you stranded on the side of the road every other time you get behind the wheel. One of our eventual customers had to learn this the hard way. 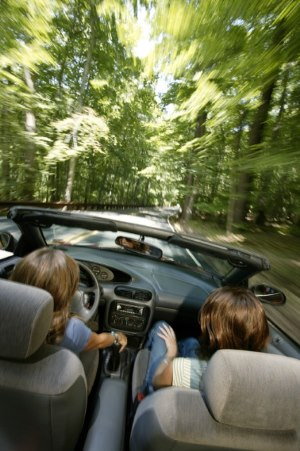 When we met Bill, he had just been through a harrowing experience. His last year was filled with stress over his job and maintaining his commitments. And why was he so full of stress and worry? Like so many, he simply didn't have reliable transportation.

How a Cheap Car Turns Into a Nightmare

His journey to stressville started a year ago, when he decided to purchase a cheap car after his 1995 Toyota 4Runner broke down completely. He really didn't want to be tied to a car loan, as he liked being free of debt, and was pretty certain that his credit was bad from previous events. So instead of taking out a loan, he purchased a 2001 Volkswagen Golf for $1,500 from a private seller. Since he needed it fast, he made a couple of fatal mistakes when he bought it. First of all, he didn't get it inspected by a mechanic. Secondly, he borrowed the money he needed for the purchase from a friend.

According to Bill, the car ran like a dream when he bought it. However, about four months later, the engine died. The remaining year for Bill, quite frankly, was hell. He constantly had to call in to his job when he couldn't find rides and he would spend weeks staying at his parent's house instead of his own home since it was closer to his job. That's right: he was paying rent at a house that he wasn't even spending time in. Oh, and he was still in the process of paying his friend back for the $1,500 loan. Eight months of this awful, money sucking cycle.

It was time for a change.

It was the new year, and Bill was ready to use the money he managed to save along with his tax refund to buy another car. Around $3,000 total. So what was he going to do this time around? Was he going to repeat the same mistakes?

After hearing the same advice over and over again from his friends, he came to Auto Credit Express. After he filled out the online application, we connected Bill with a dealer that could easily help him get into a newer model, certified pre-owned vehicle, financed at a monthly payment he could afford.

Bill learned that by buying a car super cheap, the money he lost in missed work and repairs wasn't worth the $1,500 he used to purchase the long gone car, not to mention the mountain of stress it caused. We are happy to say that he was able to get approved for that loan, and now he is happily driving a great 2011 Honda Civic.

So what's the lesson here?

Don't let the temptation of a cheap car distract you from getting one that is reliable. It just may end up saving you thousands in the long run. The right auto loan with affordable monthly payments can be your ticket to stress-free transportation.

Owing Money on Your Trade-In