Almost everyone likes a good Super Bowl party, but it's important to keep the festivities safe. This means that absolutely no one should drink and drive. Of course, it's never okay to drive while intoxicated. But on Super Bowl Sunday, there are likely to be more people drinking and plenty of fans on the road, driving to and from parties.

Because of this, football fans may need a reminder about the dangers of impaired driving. In fact, last year in the U.S., 69 people lost their lives in drunk-driving crashes on Super Bowl Sunday. But Super Bowl LI can go on record as the safest Super Bowl yet if everyone makes an effort to not drink and drive. 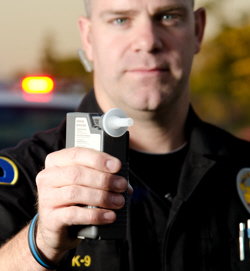 Not only is operating a vehicle while intoxicated dangerous, but it can be expensive too. Anywhere in the U.S., it's illegal to drive with a blood alcohol concentration of .08 or higher. Also, there are typically no warnings with drunk driving. If you get caught, you'll get arrested and prosecuted. And, on average, a DUI citation costs about $10,000.

So, if you'll be hosting or attending a Super Bowl party this year, keep a few things in mind while enjoying the game:

If you have a plan to be safe, Super Bowl Sunday can be a lot of fun, even if your team isn't playing this year. This is another reason to not do anything dangerous on the roads. You'll want to stick around for next season because every year has the potential to be your team's year.

Inspiration to not Drive Drunk on Super Bowl Sunday

Popular snack food company Frito-Lay has actually developed chip bags that can tell you if you're intoxicated. These are Tostitos bags that are equipped with sensors that can detect alcohol on a person's breath. And while these bags won't be for sale, Frito-Lay developed them in partnership with Mothers Against Drunk Driving (MADD) and Uber to raise awareness about drunk driving.

For those who will be including Tostitos in their Super Bowl snack options, a perk is being offered. Rideshare company Uber will be giving out 25,000 $10 ride discounts to Tostitos eaters. After the final score has been posted, the discount can be claimed by typing in the last five digits of the chip bag's UPC barcode when an Uber request is made.

Make a Play to Score a Newer, more Reliable Car

If your current car is just too worn out to make the cut anymore, it's probably time to shop for a newer, more reliable model. And our team at Auto Credit Express can help make the vehicle buying process faster and easier, even if you have bad credit.

We can match you with a dealership in your area that specializes in finding loans for consumers with credit issues. This service costs nothing and is obligation-free, so you have nothing to lose. Go ahead and fill out our simple and secure online auto loan request to get started today.

What do I need on hand when preparing my Taxes?