Are you ready for Super Bowl 2016? How about the commercials? Super Bowl ads are interesting because these are commercials that people actually want to see. While television viewers typically loathe ads and take measures to avoid them, many people watch the Super Bowl every year just to see the commercials. But do these very expensive ads actually inspire consumers to buy specific products?

The Super Bowl and the Automotive Industry

Typically, only larger companies can afford the millions of dollars that it takes to produce and run a 30 or 60 second ad during the Big Game, and automakers have traditionally had a significant Super Bowl presence. This is a bold maneuver when you consider what market research has shown. Yes, people tend to be entertained by Super Bowl commercials, and they do talk about them. However, as Jeri Smith of Marketing Insights points out, being entertained and being swayed towards purchase intent are two very different things. 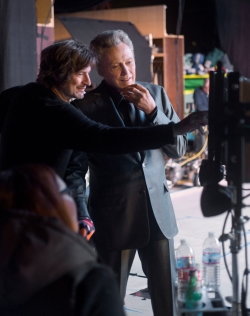 Car makers spend huge amounts of money to run ads during these highly sought-after time slots, so they must be at least somewhat confident in the value of these commercials. But purchasing a vehicle isn't the same as buying a certain candy bar or brand of soft drink. It requires a big investment on the part of the consumer. Are buyers really willing to base their car buying decisions on ads they see while watching a football game? They might be. Dodge and Kia have experienced notable success.

Speaking of Kia, it has recently been announced that Christopher Walken will star in Kia Motors' 60-second Super Bowl 2016 commercial. Walken is an incredibly well-known actor who has appeared in over 100 movies and television shows, so this is an ad that will definitely get plenty of buzz. But will it really pay off for Kia in the final analysis?

In this campaign, it can certainly be argued that Kia has used sound logic. The commercial is titled "Walken Closet" and will promote the all-new 2016 Optima midsize sedan. It has been revealed that the ad's purpose is to "spotlight the next-generation Optima as the vibrant alternative for those determined not to blend in."

They couldn't have chosen a better celebrity to deliver this message. Christopher Walken appeals to members of every generation. For younger buyers, his presence may very well spark interest in a car belonging to a class of vehicles that isn't exactly known for inspiring excitement. According to Car and Driver, Kia's 2015 Super Bowl commercial starring Bond actor, Pierce Brosnan, made the Sorrento look "classy and up to the task at hand."

Of course, Kia won't be the only auto manufacturer vying for your business during this year's Big Game. Several brands have put up their millions in order to briefly grab your attention and (possibly) have an impact on your next automobile purchase.

Will Christopher Walken convince you that a midsize sedan can be fun and unique? Or, will you be inspired to "Defy Labels" and buy a Mini? Even if these commercials have absolutely no impact on your next car buying decision, it seems like they will at least be worth watching.

Score Big with Your Financing

Super Bowl or no Super Bowl, it may be time for you to upgrade your current vehicle to something newer and more reliable. However, if you are currently experiencing a major slump with your credit, you may be worried that it will be difficult to get approved for financing. Don't worry. Auto Credit Express can help get you back in the game and on the road in no time. We can connect you with a dealer in your area who is qualified to handle your credit situation.

And all you have to do to get started is fill out our fast and secure online application. Kickoff your car buying experience today.

What do I need on hand when preparing my Taxes?