In recent years, automakers have been shifting their focus to accommodate the growing demand for SUV and crossover vehicles, and the trend doesn’t seem to be slowing for 2018. Many of these vehicles in the compact and subcompact classes are affordable for some bad credit car buyers.

According to data from Motor Intelligence, small SUV sales lead the pack in year-over-year growth, climbing 14.2 percent. Crossover vehicles showed a growth of 13.6 percent over January 2017. With SUVs, crossovers, and pickup trucks all showing sales growth, larger vehicles have started out the year strong.

Supporting the theory that consumers are moving away from sedans, all segments of passenger cars showed a drop in sales from January 2017. From January 2017, mid-size cars decreased by 10.8 percent, small cars by 12.6 percent, and large cars by a whopping 63.3 percent. Only the luxury car market showed growth, but at a low 1.8 percent. On the whole, the domestic car market fell 28.1 percent compared to last year’s January sales. 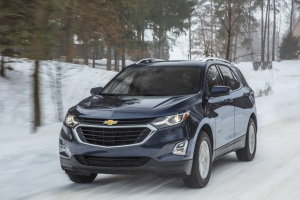 Of the individual makes and models showing a sales boost over last year, only three are cars. Here are the top 10 vehicles showing year-over-year growth:

Additionally, some makes and models started the year with sluggish sales. Dropping the most compared with January 2017 was Smart, showing a 67.6 percent decline. Following Smart was Fiat, dropping 43.2 percent, and Chrysler dropping 13.4 percent.

Get in on the Growth

Whether the growing sales continue throughout the year remains to be seen, but the trend of SUVs and crossovers isn’t slowing down. With that in mind, if you’re looking for a vehicle and want to hop on the trend of owning an SUV, Auto Credit Express may be able to help even if you're dealing with less than perfect credit.

We work with a nationwide network of special finance dealers that have lending resources capable of working with challenging credit situations such as bad credit, no credit, and bankruptcy. Get started on the path toward your next vehicle today by filling out our no-obligation online auto loan request form.

Cars You Should Buy New in Seattle, Instead of Used

Looking for a Free Carfax Report? Try VinCheck Instead