When it comes to buying a car with a branded title, it can mean a good deal now, but many possible costs down the road.

What Is a Branded Title? 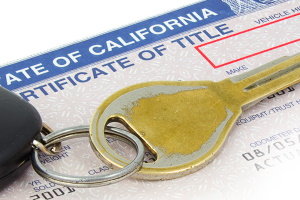 When it comes to branded titles, it means something drastic has happened to a vehicle, usually an accident or disaster that caused enough damage to declare it a total loss. There are also titles that brand a car as having been used as a commercial vehicle.

There are a few different types of branded titles, and these vary depending on what happened to the car, what the vehicle was used for, and the state where it was titled:

Typically, franchised dealerships won’t buy or sell vehicles with branded titles. This means that most branded titles cars for sale are usually from private sellers or smaller used car lots, both of which can come with additional risks.

It can be tempting to buy a vehicle that has a rebuilt title, since it’s probably going to be much cheaper than one with a clean title. But for a car to have a rebuilt title, it's typically suffered some heavy damage, and has required extensive repairs to make it drivable.

There are some instances where replacing a bumper on a vehicle could cost more than the value of the entire car, which could make buying one with a rebuilt title a good deal. On the other hand, if replacing the bumper totals the vehicle, is it worth buying a car that doesn’t hold a lot of value? Since there are many risks involved when you’re buying a vehicle with a rebuilt title, it’s important to do your research to avoid wasting money and/or time.

You never really know what you’re buying unless you know the complete history of the car, exactly what damage it had, and what was done to salvage it. There are many sites that allow you to run a vehicle's VIN through a database and gather information about the car's history, such as the National Highway Traffic Safety Association (NHTSA). You should also get any used vehicle you plan on buying – especially one with a rebuilt title – inspected by a certified mechanic before you buy it.

If you’ve got your heart set on a branded title car, keep in mind that you may end up having to pay cash for it. Most lenders won’t approve a loan for a vehicle with a branded title. If you’re a bad credit borrower, it could be extremely difficult to get approved for an auto loan by a traditional lender, as well as a subprime lender, on top of the car having a branded title.

Getting Into Your Next Car

The bottom line when it comes to branded titles: it’s probably best to avoid them as a general rule. Some branded title vehicles could be a great deal – some could end up costing you a great deal of money in repairs down the line. Additionally, it can be hard to get approved for a loan on a car that has a branded title, even more so if you’re struggling with credit issues.

If you’re in need of an auto loan, but don't think you have the credit to qualify, think again. Don't throw your money away on a risky cash sale for a branded title vehicle, start with us at Auto Credit Express. We match bad credit borrowers to dealerships that have real lending options for credit-challenged consumers. To begin, fill out our free car loan request form, and we’ll look for a dealer in your area!

What to Know About Buying a Car with a Rebuilt Title