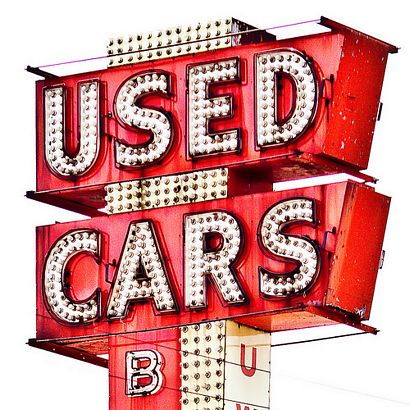 At Auto Credit Express we realize that most bad credit car buyers will choose to finance a used car. This isn't necessarily a bad thing as used cars are not only typically more affordable, they're also more reliable than they've ever been.

But at the same time, buying a used vehicle comes with its own set of issues. For one, they're usually not covered by a new car warranty – unless they're really new or part of a manufacturer's certified used car program.

Secondly, they're typically not covered by state lemon laws. Combine those two factors and it means most used cars are sold "as-is."

This is why we recommend buyers, especially those with less than perfect credit scores, purchase a vehicle through a franchised new car dealer in our network.

Most of these dealers have been serving their communities for years and their special finance departments work with subprime lenders that refuse to finance used cars with "branded" titles (such as those with flood damage or salvage titles).

Earlier today, the Department of Justice announced that Illinois, Michigan and Texas had become the forty-second, forty-third and forty-fourth states to fully implement the federal National Motor Vehicle Titling Information System, or NMVTIS, which should help used car buyers in those states avoid vehicle fraud and protect them from unsafe or stolen vehicles.

NMVTIS is a national database of vehicle titling information that is compiled by participating state motor vehicle agencies. The system is designed to prevent sellers from fraudulently taking a branded-title vehicle from one state and re-titling it by taking it to another state and applying for a "clean" title, thereby concealing its previous history.

According to the Department of Justice's Office of Justice Programs' (OJP), the addition of these three states means the title and brand date in the NMVTIS system now includes ninety-six percent of the U.S. vehicle population. Key titling information included in the database includes identification numbers, odometer information, and state "brand" information such as "junk," "salvage," or "flood."

Even with the rise in new car sales to consumers with bad credit, the majority of subprime car loans are still secured by a used car. This means that the latest announcement from the Department of Justice should be especially good news for credit-challenged car buyers, as it gives these purchasers another tool to prevent them from becoming a victim of fraud.

A bit of advice: be very careful when signing the title to a used car. If the title appears to be branded, just walk away from the deal – especially if you plan on financing it with a high-risk loan.

One more thing: at Auto Credit Express we've helped thousands of people with bad, blemished, bruised and tarnished credit find a dealer for their best chance at a car loan approval.

So if you're serious about getting your credit back on track, you can start the process now by filling out our online auto loan application now.

Title Washing on the Increase