Why Are There Fewer Deals On Cars?

If you're having trouble finding a deal on a vehicle right now, you're not alone. There are not just fewer cars available right now, but fewer discounts on them as well. This all stems from the ongoing chip shortage, and it may impact car buying for the next several years.

The ongoing chip shortage is leaving many automakers in a lurch as they're forced to scale back the production of new models. Some manufacturers are also making changes to vehicles to allow chips that are in short supply to go to operational systems, instead of optional ones.

According to Edmunds, there are 77% fewer new cars on dealership lots compared to 2019, and prices are higher than ever for both new and used models. Not only this, but cars aren't sticking around on lots for long – most don't see two weeks, while others are snapped up the day they arrive.

How does this result in fewer deals? It's about supply and demand.

Demand for vehicles is high, but with supply being short, buyers are willing to pay a premium to get the much sought-after cars, trucks, and SUVs they want. According to a recent study from Kelley Blue Book, 35% of car shoppers are willing to pay up to 13% above MSRP for a vehicle right now.

This means fewer deals since automakers don't need to discount cars to make them move. Some dealerships are also marking up vehicles because they know people will pay.

On the automakers' end, there are fewer incentives and rebates being offered on what little vehicles are hitting lots. Plus, the incentives that are being offered are smaller and/or may be open to a slimmer slice of borrowers, generally those with the best credit scores.

So, what do you do when your credit isn't the cream of the crop? You've still got options. 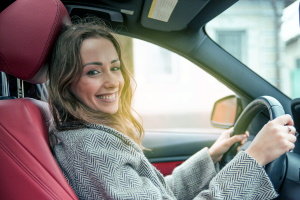 When you're struggling with credit challenges it's easy to think you're out of options when it comes to car buying, but this isn't the case. When you shop with the right lenders you could still qualify for a reliable, affordable car – maybe even a new one, depending on your situation.

As a bad credit borrower (typically a credit score of 670 or below) you may be eligible for fewer new car deals and used vehicles may be more affordable to finance. However, you're not always out of the running.

These days, some captive lenders are known to work with lower credit scores. Recently, in fact, Ford Credit even dropped their minimum credit score requirement for borrowers willing to finance for 84 months. That's a long time to carry a bad credit car loan, though, since your interest rates are likely to be high. Higher interest rates mean more paid for your vehicle in the long run.

Ready to Find a Vehicle?

If you don't qualify for an auto loan through a captive finance lender, you may need to work with a subprime lender instead. Subprime lenders often work with a wide range of borrowers and look at more than just your credit score to help you qualify for an auto loan. Right now, finding a dealer to work with is key, especially since car loans and vehicle deals are getting harder to come by.

If you need help finding a dealership in your area that's willing to work with all kinds of credit situations, let us be your guide. Here at Auto Credit Express, we work with a nationwide network of special finance dealers that are signed up with subprime lenders. Simply fill out our fast, free auto loan request form today.

Why Is There A Chip Shortage For Cars?

Why Are Dealers Marking-Up Cars?

Are High-Mileage Cars Worth The Risk?