With the auto industry pushing forward new technologies such as autonomous vehicles, a new survey highlights the fact that people enjoy driving, and want to preserve the driving experience. 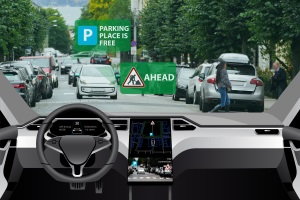 Insurance and media organization Hagerty commissioned a survey to measure the appeal of driving as a response to the rise of self-driving vehicle technology.

“Full autonomy is going to save lives, make commuting easier, and unclog cities,” said McKeel Hagerty, CEO of Hagerty. “But these survey results also indicate the people, including millennials, are always going to want to drive themselves when they want to. It’s clear people don’t want to lose the joy, freedom, and control that comes with having their hands on the wheel.”

Hagerty’s survey polled 1,000 US drivers ages 18 and older, mixing respondents across all four generations: millennials, genX, baby boomers, and the silent generation. What the survey found was that a surprising number of people – 85 percent, in fact – feel like driving is an important part of American culture. Even the majority of millennials felt this way, which is surprising given they were previously thought to be indifferent to driving and owning cars.

Here’s what the rest of the Appeal of Driving survey found:

What This Survey Means

When the survey touched on autonomous vehicles, it found that most people – 85 percent of respondents – said they’ll always want the option to drive a car themselves. In fact, 79 percent of them aren’t willing to see driving going by the wayside and 66 percent don’t think automation will threaten driving. The conclusion of this survey lead Hagerty to launch the “Why Driving Matters” initiative, designed to unify the voice of car lovers, and make sure it’s heard in the face of future driving laws.

“One of our goals will be to work with policymakers so that years or even decades from now when the bulk of cars are fully autonomous, the act of driving is protected,” Hagerty stated.

Hagerty plans to engage the public and media in a series of town hall discussions about the importance of driving. Dates for the nationwide series are reported to become available this month. At a recent town hall in Los Angeles, Hagerty explained why keeping driving in human hands matters to him.

“The idea of actually exploring, actually driving, actually seeing different spaces, it’s the way I grew up and it’s something I fear being lost,” said Hagerty. “Technology makes it easy to connect with people all across the world, but are we really seeing the spaces around us? I’m not so sure anymore.”

Taking the Wheel Yourself

Despite numerous studies and the theories that millennials weren’t as interested in getting driver’s licenses, or even cars, it now appears that they love driving just as much as the generations before them. Though autonomous vehicles are something automakers are going to continue to develop, it’s clear that people don’t want to lose touch with the joy of driving. Do you love the feel of getting behind the wheel and taking to the road?

If you do, but the lack of a reliable car coupled with poor credit has curbed your enthusiasm, we want to help. At Auto Credit Express, we know just where to go if credit is standing in your way of getting financed. We work with a nationwide network of special finance dealerships that have the lenders available to assist people in all kinds of credit challenges. Let us get you in touch with a local dealer. Just fill out our simple online auto loan request form today, and you could be on your way to enjoying the thrill of driving once more!

Millennials Can't Get Ahead Because of Credit