A few short years ago, the auto industry seemed baffled that car sales were slumping for people in the millennial generation (Gen Y). Despite wielding billions in purchasing power, these consumers—born roughly between 1980 and 2000—were just not spending on big ticket items. This led industry watchers to believe that millennials were not interested in buying. But that was then.

Because millennials are a large and diverse generation, it has been hard to get a read on them. This led to many market trends being associated with the generation which are now being laid to rest. Fast forward to today’s market and you will see a completely different story than industry watchers were predicting. Gen Y was just waiting. 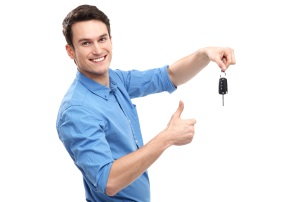 Many millennials were carrying huge debts, living with mom and dad, and/or putting things like marriage and home buying on hold. Coming out of the Great Recession in 2012, 16.6 percent of millennials were still unemployed, making the thought of adding the costs of car ownership to their debt load unrealistic.

One study, conducted by the University of Michigan, revealed a steady decline in the number of young people even getting their driver’s licenses. In 2013, by age 19, less than 70 percent of this group had a license. This decline was yet another example that Gen Y does not rush into things.

As the economy strengthens, millennials—especially the older ones—are settling into the job market, moving to the suburbs and harnessing their purchasing power. According to the Associated Press (AP), millennials purchased four million vehicles in 2015. This was a 28 percent jump in their share of the new car market. In California, the U.S.’s largest car market, millennials even outpaced the boomer generation for the first time.

Worries About the Sharing Economy

Automakers also worried that the new impact of the sharing economy would take its toll on sales due to services like Uber and ZipCar. But a recent study from TECHnalysis shows that while ridesharing services do impact people's thinking about transportation in general, their influence on new car purchasing is extremely small and likely to stay that way for some time.

The study also found that most consumers in the US have little to no experience with ride sharing services. In fact, only 20 percent said they regularly use ridesharing, and of those, 75 percent said they use it regularly only to supplement their own driving.

Millennials lean heavily on technology to make their decisions, often doing research online before making any major purchase. In an interview with WardsAuto, AutoLoop's VP of analytics and data services, Doug Van Sach, noted that nine out of 10 shop online before going somewhere, saying they are less sure of what the experience will be like, so they do more research.

Harris Poll findings released in May 2017 show that millennials have not only stepped into the automotive market, they are currently driving it. Gen Y is changing not only how we shop for cars, but also how and what we want to drive. Though they make up only 20 percent of the consumer market, millennials drive market opinions on the whole because they create more than half of consumer reviews online.

This generation has brought with it a changing of the guard. Harris Poll research also shows that millennials favor luxury cars brands, with seven of them in their top 10 brands. They have also knocked industry leaders Bose and Kelley Blue Book down in the poll. Beats is now on top for Car Audio Brand of the Year; while KBB was edged out of Online Auto Shopping Brand of the Year by CarGurus.com.

Though they seem to aspire toward luxury, research shows millennials are much less likely to actually own a luxury vehicle than those in older generations. A 2016 Cox Automotive report found that what this generation is really looking for is seamless integration with smartphones and other technology. In fact, 64 percent of 18 to 24 year olds said they expect their vehicle’s tech to do everything their phone can do.

Looking Forward To a Purchase

Millennials are now firmly part of the car-buying landscape. However, that doesn’t mean they can all rush forward and purchase a car with ease. Everyone has stumbling blocks somewhere along the line. And, if you have been tripped up by things like bad credit or no credit, Auto Credit Express wants to help.

We match consumers to dealers that have lenders who can help people with credit challenges. There is no obligation and our service is always free of charge. Get started toward your next vehicle by filling out our online auto loan request form now.

How Much Does Technology Factor Into Your Car Purchase?

Millennials Can't Get Ahead Because of Credit