Google has stated that self-driving cars (also known as autonomous cars) will be available to the general public by 2020, but many critics are still not convinced that driverless vehicles will be entirely beneficial. And with safety, legal, moral and independence issues to consider, the debate over self-driving cars will continue to rage.

Recently, consumer advocate and author of Unsafe at Any Speed, Ralph Nader, has publically declared that self-driving cars are "a bad move." He goes on to state that distracted driving is already a huge problem on the roads, and that autonomous automobiles will just exacerbate this distraction. However, is there such a thing as "distracted driving" when the driver isn't actually operating the vehicle? Even if this is the case, there are still other reasons to be skeptical about trusting a computer to do the driving for you. 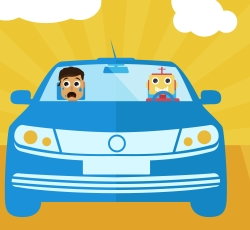 Like it or not, companies like Google are marching forward with their plans to bring self-driving cars to the masses. Are you already on-board with autonomous vehicles? If not, are there any alterations that could be made that would change your mind? No matter which side you're on, there is no denying the fact that the driverless debate makes for interesting conversation.

Little argument surrounds the fact that if you need to buy a car, getting approved for affordable financing is a top priority. This is especially true if you have damaged credit. And regardless of what condition your credit is currently in, if you are looking to purchase a vehicle, Auto Credit Express can help. We will connect you with a qualified dealer in your area who can work with your situation.

Just fill out our fast and secure online application to get started today.

What Do You Use to Show Proof of Income for Self-Employed Persons in Los Angeles?