Is Chicago Auto Show a Sign of Economic Recovery

The Chicago Auto Show outperforms the predictions of many industry analysts and could signal the degree of pent up demand for new vehicles.

Everyone wants a recovery

Here at Auto Credit Express, we believe that if Michigan is a barometer of the economy, then the U.S. is in for a very slow and painful recovery from the current economic crisis. The Detroit Auto Show, which ran from January 11th until January 25th, was certainly a disappointment attendance-wise. While the show, itself, offered most of the excitement of past years – including a unique chance to drive an assortment of electric and alternative-fuel vehicles in the basement of Cobo Center, attendance was off by nearly 50,000.

But like everyone, we really want a recovery to happen sooner rather than later. And if the reports coming out of the Windy City are accurate, nearby Chicago seems to be weathering the economic storm much better. According to show officials, the combination of a beautifully staged show, a long weekend, good weather, big manufacturer incentives and the natural allure of a century-old Chicago tradition has proven those industry analysts, who predicted more lackluster attendance, wrong. 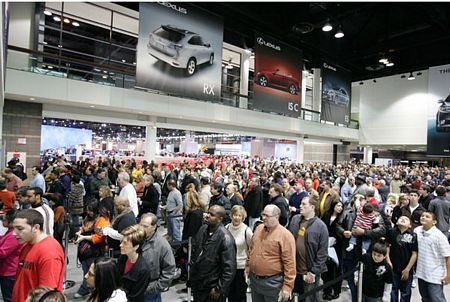 "Our walk-up box office and online sales have been strong all weekend, and today we're absolutely slammed -- and encouraged," said Chicago Auto Show General Manager Jerry Cizek. "We expected a big crowd for Presidents Day, but even we're surprised at the mass of people who have been streaming through our doors. We've added extra booths and ticket sellers to better accommodate the demand -- and we couldn't be more pleased."

The pre-show lineup at the box office was expected, "But we're well into lunch time and our lines are still going all the way across Lake Shore Drive," said Cizek. "It's a good problem to have and our team is working hard to connect consumers with the vehicles they're excited to see."

It's always good when the naysayers get their come-uppance, even if it just means the glass is half full instead of half empty. All of us wish the Chicago Auto Show well and hope it is a sign that the recovery is just around the corner. 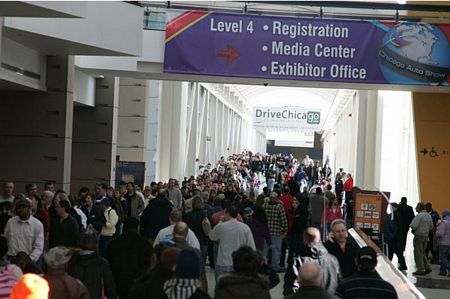 Getting a Bad Credit Car Loan After Bankruptcy in Chicago

Car Loans for Bankrupts in Chicago

Can I Keep My Car during Chapter 7 Bankruptcy in Chicago?

Can Bankruptcy Stop a Repossession in Chicago?