February showed a decline in vehicle sales from the domestic manufacturers. The big three all had large drops in sales compared to February 2017, but there were some small victories despite the slump, according to research from Fortune.

Car Sales Down for The Big Three 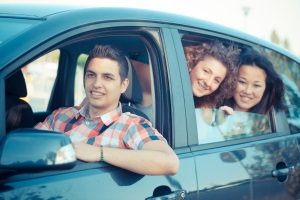 The big three domestic automakers are General Motors, Ford, and Fiat Chrysler. With European companies making the push for more luxurious, high-tech vehicles, and inroads still being made by Japanese manufacturers, these brands have had their fair share of automotive market struggles early in 2018.

One of the biggest factors to a drop in sales is that buyers, specifically millennials, in the US are moving to crossovers, SUVs, and pickups according to NPR. This makes the average new transaction price in the automotive industry $36,270, which is a four percent increase over last year. While the big three are producing some of the top larger vehicles, the prices can turn buyers away. Despite this drop in sales, they’re still staying competitive and have shown to have some positive outcomes in February.

Many car buyers are still dedicated to buying and driving American-made vehicles, and with domestic car sales down, we could see an increase in incentives, which are already high at the moment. With multiple varieties of models from the big three, it can be difficult to pick the best one. If you’re in the market for a newer American-made car, but worry your credit is holding you back, let Auto Credit Express take the lead.

We work with an extensive network of special finance dealers that have the lending resources available for people who are struggling with credit. There’s no obligation or cost for our service. Just fill out our auto loan request form to get started today.

Getting a Bankruptcy Car Loan near Los Angeles April 09, 2019