Cars play an important role in most of our lives. We spend both a lot of time in our cars and a lot of money on them. With this in mind, Bankrate.com set out to rate the overall experience of motorists in each state.

Bankrate, a personal finance company and advice provider, has ranked the best states for drivers. Their study evaluated the 50 U.S. states, using six factors that impact drivers. The hope was to capture the overall experience of being behind the wheel in each state.

Here are the criteria they used and the source they used to collect data on them.

Bankrate analyzed statistics regarding these categories and built a ranking system that gave each equal weight. Each state scored between 0-10 on each factor. Then, their scores were added up to create the overall rankings.

Let's get to the results.

The Best States for Drivers 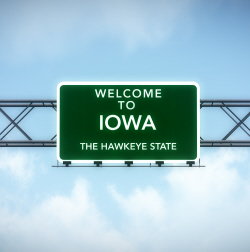 When ranking the best states for drivers, Iowa came out on top. This was largely due to its low insurance premiums, short commute times and less expensive auto repairs costs. Here's a look at the top 10 states:

The top states in Bankrate's study were primarily concentrated in the Midwest and Northeast. These states are generally less densely populated and typically have a lower cost of living than states that ranked towards the bottom of the list. This helped boost their scores across several categories.

The Worst States for Drivers

These states found themselves in the bottom 10:

Interestingly, the bottom of the list is more a "mishmash" (as Bankrate called it) in terms of geography. These low-ranking states typically are areas with high gasoline prices compared to other areas, but there's a mix of highly-populated states and more rural ones.

Bankrate noted how rural states face challenges outside of the congestion and obstacles areas that those with a high population density have. The issues in rural areas mainly have to do with safety. Rural roads tend to have fewer safety features, such as dividers and rumble strips. Also, with less bumper-to-bumper traffic, accidents that do occur tend to be more serious as they are more likely to occur at higher speeds.

If you want to see where your state ranked, you can check out Bankrate's full list here. Their rankings give Americans a look into how their state stacks up when it comes to owning and operating a car.

It also serves as a reminder that car buyers have many things to consider when budgeting for their purchase. These expenses range from insurance to gasoline to maintenance. Considering for all of these things is something that Auto Credit Express always encourages consumers to do.

And if you are dealing with imperfect credit and need to get approved for a car loan, we can help. Get the process started right now by filling out our free and easy online application.

Buy a Car with Bad Credit and a Large Down Payment

Top 5 Least Expensive States to Own a Car

How Can I Get the Best Deal on My Car Loan?

What Kind of Insurance Coverage Do I Need to Finance a Car in Los Angeles?