The U-Haul company has released new data that identifies the most popular cities that Americans migrated to in 2016. This data is based on the net gain of one-way U-Haul truck rental transactions over departures that occurred during the year. While the migration trends do not provide details on population or economic growth, many use it to gauge which cities are most attractive to residents. 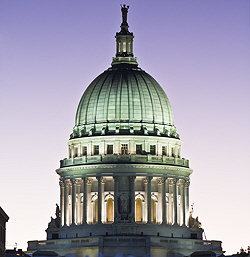 U-Haul’s data showed that Madison, Wisconsin was the most popular city to make a one-way trip to this past year. Madison, which is Wisconsin's capital, had an estimated population size of 248,951 as of July 1, 2015. The city is experiencing tremendous growth, as new apartment complexes and housing are being built. The University of Wisconsin-Madison is also expanding and downtown housing is in high demand. Residents of Madison enjoy frequent concerts and weekly activities, making the city one of the best to live in.

The second most popular city on U-Haul's list was Austin, Texas. Austin is the capital of Texas and has a population of over 930,000. It is often considered the top start-up city for business owners - even more popular than Silicon Valley. The city has a thriving culture and a relatively low cost of living. Many consider Austin to be very innovative with endless opportunities for its residents.

Boise, Idaho ranked third on U-Haul’s list of popular U.S. growth cities. This city, Idaho's capital, has a population of over 200,000. It has a booming tech industry and is considered to be a hub for start-up companies. Additionally, residents enjoy a relatively low cost of living and can take part in Boise's rich culture. They can also take advantage of several different ski resorts that the area has to offer.

Another city that appeared high on U-Haul's list was San Francisco, California. San Francisco, which was ranked fourth, has a population of over 800,000. The city is known as the commercial and cultural center of Northern California. It is the headquarters of companies such as Uber, Lyft, Twitter, Pinterest, Yelp, Craigslist, and Dropbox. San Francisco's housing market has surged in recent years and the city is widely known as a tourist hot spot. People from all over the world take in sights such as the Golden Gate Bridge and Fisherman's Wharf.

Travel safely to a new city

If you are traveling to a new city, you'll want to have a safe and reliable automobile.

Even if you have less than perfect credit, our team at Auto Credit Express may be able to help if you need a more reliable car. We can match you with a local dealership that will give you an opportunity to finance a vehicle if you meet the basic requirements.

Get started today be filling our online loan request form. Our service is free and has no obligations. We have helped thousands of people with imperfect credit, and we could potentially do the same for you.

Buying a Used Minivan with Bad Credit in Knoxville, Tennessee

Why Should You Buy a Van?

How Do I Sell My Car With Joint Ownership?

What Is The Minimum Length Of Employment For Auto Loan Approval?